By LRU Writer | On: January 23, 2020
Zion Williamson is an NBA player for the New Orleans Pelicans...his age is...made his debut against San Antonio Spurs...finished the game with the stats of...signed a contract with the Pelicans on...receives a salary of around $10 million per year...his net worth is around $8 million...made a record in selling jerseys... 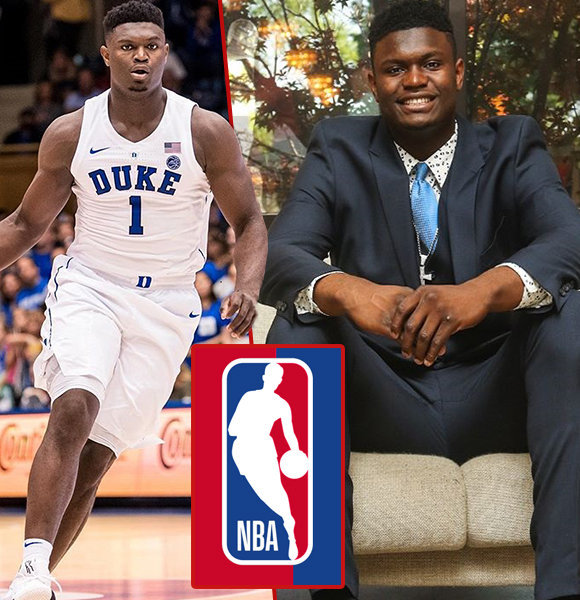 Zion Williamson is one of the best young players in the NBA right now. Zion was considered to be a great prospect during his days at Spartanburg Day High School and was ranked as the number two basketball player in the high school class of 2018 by Scout.

Following his high school graduation, Zion joined Duke University. However, he only went on to play for a single season for his university team.

Zion declared for the NBA Draft after just one collegiate basketball season at Duke University, on the 15th of April 2019. And following his declaration, he was drafted by the New Orleans Pelicans in the 2019 NBA Draft.

Zion was the first overall pick of the 2019 NBA Draft. The youngster was selected by the Pelicans on the 20th of June 2019.

Following the draft, Zion signed a professional contract with the Pelicans on the 1st of July 2019. However, he couldn’t make his debut for his new team immediately.

On the 13th of October 2019, during the preseason of his first/rookie year at the New Orleans Pelicans, he got injured. He tore his meniscus and was ruled out of the game for around two to three months.

Fast forward to January 2020, and he finally made his professional debut for the Pelicans on the 23rd of January 2020. He played his first game against the San Antonio Spurs in what was a dream debut for Zion. He was 19 years of age when he made his debut.

He finished the first game of his professional career with stats of 22 points, seven rebounds, and three assists in the 18 minutes that he played.

Zion owns an estimated net worth of around $8 million, according to Celebrity Net Worth.

Another NBA player:- Kevin Durant Dating Life Uncovered | Who Is His Girlfriend Now?

Zion agreed to a reported 7-year shoe contract with Jordan Brand in July of 2019. Commercial regarding Zion's deal with Jordan Brand in July of 2019 (Photo: Bleacher Report)

The youngster had offers from various other show brands. However, Zion chose Jordan Brand because it was his dream to wear the Jordan Brand logo.