By LRU Writer | On: January 17, 2021
In the turn of events, actor Charlie Carver from MTV teen-horror series, ‘Teen Wolf’ came out as gay on January 12. After taking such a big step, he has already also written about the impacts of it on his life and family. What was his twin brother, Max’s reaction to this revelation? 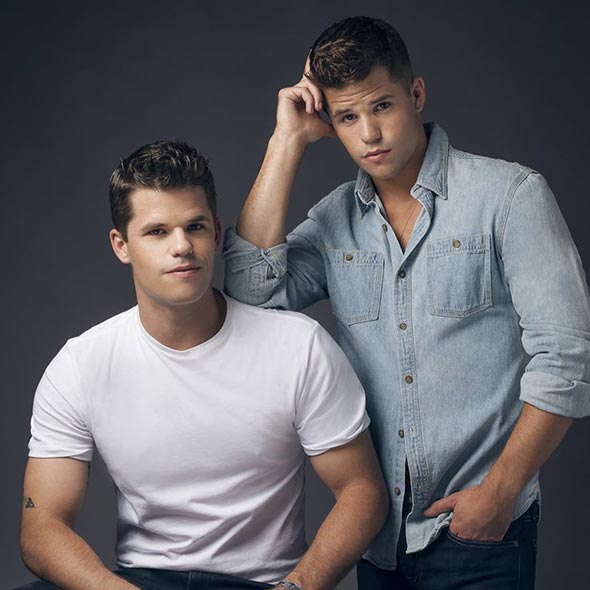 In the surprising turn of events, actor Charlie Carver from MTV teen-horror series ‘Teen Wolf’ came out as gay in January 2016. After taking such a big step, he also wrote about the impacts of "coming out of the closet" on his life and family. What was his twin brother Max’s reaction to this revelation?

Coming Out as Gay:

Charlie Carver and Max Carver are both known for playing the role of twin brothers in ‘Desperate Housewives,' ‘The Leftovers’ and ‘Teen Wolf.' Charlie Craver, the elder brother by just 7 minutes, took to Instagram to reveal his gay sexuality. He did this with a series of Instagram posts under numerous heartfelt captions that couldn’t be sufficed in just one post.

Comes Out Gay:- Colin Jackson Gay Revelation Came From Partner, Will He Trust Another?

He further wrote how complicated it was for him to realize his sexual orientation as a teenager. Even saying, “I am gay” made him hate himself a little.

But, he hung on until he courageously expanded this circle of truth to tell his family. He also seemed grateful to his family, who were very understanding of him. He has further pointed out some essential points for any others going through the same struggle in their life.

The process of coming out of the closet was not an easy task for Charlie, but he went all the way through it and is now getting appreciation from all the world for his bold step. What mattered most to Charlie was his brother's approval and acceptance of his gay sexuality, and without any doubt, Max came out as a loving brother.

Charlie's brother Max also took to Twitter to react to his brother’s confession. He kept it simple but meaningful by tweeting, “Love you always.” It is evident how much love the twins have for each other.

Further, Max attended a Human Rights Campaign alongside his brother in March 2017 and advocated equality among people of all genders, sexuality, and race. Max also criticized some people for thinking, and his sibling should be treated differently solely based on their sexuality.

Speaking of Max Carver, he is straight and was even dating his co-star from ‘Teen Wolf,’ Holland Roden. She previously used to date another co-star, Ian Bohen, before this. But the past wasn’t something they would worry about, especially when they looked so good together as girlfriend and boyfriend.

Besides, they were all good friends and had let go of their differences. However, by April 2017, Max and Holland had broken up and parted their separate ways. Max has not disclosed if he is dating anyone now, but it's hard to imagine a good looking actor to be single.

Max Carver was born on August 1, 1988, in San Francisco, California. He was known by the name Max Martensen before he got the limelight. His parents, Robert Martensen and Anne Carver, gave birth to his twin brother Charlie Carver seven minutes earlier on 31 July.

His mother is a community activist and a philanthropist, while his father was a historian, physician, and author. He lost his father in September 2013. His mother then married Denis Sutro, with whom the family moved to Calistoga in Napa Valley.

For his education, he attended the St. Paul's Boarding School in Concord, New Hampshire. He received his bachelor's degree in English from the University of Southern California.

Max Carver made his acting debut alongside his brother, Charlie Carver, in the ABC TV series, Desperate Housewives in 2008. The twin brothers played the role of Preston and Porter Scavo.

After that, he appeared in series like The Office, Good Luck Charlie, Best Friends Forever, The Cheating Pact, Teen Wolf, The Leftovers, The Following, Cupcake Wars, Blooms, and others.

Talking about his filmography credits, he portrayed the role of Charlie in the short film Cliffhanger in 2011. Then, he was part of another short film named Haven's Point in 2012.

His acting in other films include Dean Slater: Resident Advisor, Ask Me Anything, Mantervention, Rough Sweat, Fist Fight, A Midsummer Night's Dream, and In the Cloud.