Will Ross Mathews Turn Partner Into A Husband? Reveals How He Knew His Gay Sexuality

By LRU Writer | On: August 16, 2019
Ross Mathews Reveals How He Knew His Gay Sexuality. Ross Mathews is a famous face well known for his hilarious nature and falsetto voice and also about the thing how he discovered the concealed personality. But the famous gay man learned about his sexuality in quite an unusual manner, 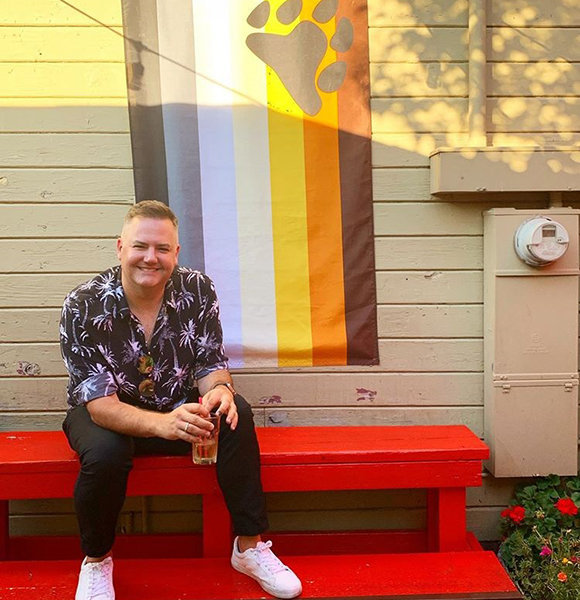 When one comes openly about their sexuality, it can be said that he has become enlightened and has got down to the road of self-knowledge.

On this particular topic, Ross Mathews, a famous face well known for his hilarious nature and falsetto voice discovered his concealed personality in an unusual manner. His journey to how he explored his sexuality makes an interesting read.

Ever since Ross learned about his sexuality, he has not been hesitant at all to identify himself as gay.

Ross Mathews Coming Out As Gay

The openly gay man Ross Mathews did come out without coming out publically. People just knew he was gay and that was a plus point for him too. But how did he found out about his sexuality?

In the autobiography of Ross Mathews entitled “Man Up!” he has revealed the untold story of his life. On that, he has also written how he has found out about his sexuality. He's stated,

“I realized I was gay in the shower one day with Barbra Streisand. It happened while I was lathering, rinsing, and repeating with Pert Plus.” Ross Mathews mentioned his discovery about sexuality in his book titled “Man Up!” (Photo: amazon.com)

That was it. That was the moment of his life which changed his life forever. It is often said that a moment can change your entire life and for Ross Mathews, that was the very day.

“As I was belting out the chorus to my favorite song from Funny Girl, ‘Oh my man, I love him so, he’ll never know ‘ it hit me.”

That was about how he realized about his sexuality.

Partner Details: Boyfriend Turning Husband Soon? Or Have They Called It Quits?

The Washington native was in an open relationship with stylist Salvador Camarena since 2008. The couple was seen to be sharing a very healthy relationship, which was evidently clear as per their social media accounts. However, just when the two partners were rumored to be enhancing their relationship to the next level with Ross reportedly willing to accept Salvador as his husband, the duo shocked the world with news regarding their breakup.

On 25 November 2018, the television personality took to Instagram to announce his split with his partner of 10 years.

"After nearly ten years together, Salvador and I have decided that the time has come to part ways. This split is amicable and filled with kindness, compassion and a genuine love for one another. As we go forward, each of us feels as if he has a cheerleader in our corner - a family member for life. We are happy. Thank you all for your good wishes and love."

Even after the split, there does not seem to be bad blood between the two. On the 23rd of June 2019, Ross and met at Palm Springs in California to dis out the stuff of the past.

Time goes by and scars heal. And, as such, Ross has moved on from his past relationship.

He has been in a romantic stint with Ryan Fogarty, a former tour production assistant for LeAnn Rimes. The two started dating sometime in late 2018 but, had been friends ever since they met at the 2007 CMT Awards.

Dating for a short period of time, the pair have grown closer faster than ever. While Ryan has homes in Nashville, he has been living in L.A. and Palm Springs with Ross.

Born on the 24th of September 1979, Ross Mathews hails from the small town of Mount Vernon in Washington, United States.

Regarding his family background, there is not of details that are known. However, throughout the years, Ross has mentioned that his biggest support is his mother.

As for his education, Ross attended the University of La Verne, in La Verne, California. He graduated with a major in Communications in 2002.

From his time in the entertainment industry as a TV personality, Ross has garnered tremendous amounts of fame and fortune. He has a net worth of $2 million.