By LRU Writer | On: October 15, 2019
Abbey Lee Kershaw is an...of the modeling industry...was born in the family...stands at a towering height of...became the face of many big brands...entered into the realms of acting...appeared in films like...whopping net worth of...a fair share of dating affairs 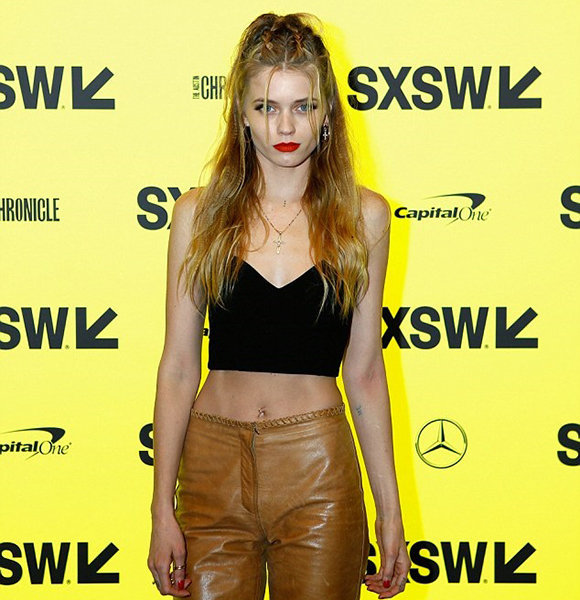 It's pretty hard to assume someone's profession from their appearance. However, Abbey Lee Kershaw is an exception. One look at her and anyone can tell that she is a model, thanks to her sharply chiseled face and towering body.

Once dubbed as an "Industry Icon" by models.com, Abbey is an archetype of the modeling industry.

Over her career, Abbey has graced the covers of almost every A-lister magazine. Apart from the endeavors in the modeling world, she has also established herself in Hollywood; starring in many big banner movies

The Australian supermodel was born on 12 June 1987 in Melbourne, Victoria.

She was born in the family of former Australian footballer father, Kim Kershaw, and psychologist mother, Kerri Kershaw.

The Kershaw pair share another child, Abbey's older sister Courtney Kershaw. Another member of Abbey's family is her pet, Annie Hall- a lizard.

The supermodel who stands at a towering height of 5 feet 11.5 inches (181 cm) with a complimenting weight of 52 kg (115 pounds), is a perfect example of fitness.

However, that was not always the case; as a child, Abbey was sick. At the age of four, she suffered from meningitis and also had a tumor on her knee.

Despite her sick childhood, Abbey went on to have a healthy adult life and a fantastic career for herself.

Her gate to the modeling world opened after she won the Australian Girlfriend Model Search in 2004. In 2005, she was signed by the Australian modeling agency Chic Management, and then after two years, she went to the Big Apple- New York City and signed with Next Management. After her immense success in the modeling world, Abbey entered into the realms of acting. In 2015, she landed a massive role in the hit movie Mad Max: Fury Road. After that, she has appeared in films like Caprice, Gods of Egypt, The Neon Demon, Office Christmas Party, and The Dark Tower.

From her successful career in both modeling and acting, Abbey's whopping net worth of $4 million does not come as a surprise.

Having seen all the success in the modeling world, at the age of 32, Abby is focusing more on her career in films keeping her modeling projects on hold.

It may come as a surprise to some and good news to her admirers, but despite her fame and alarming good looks, the supermodel is single.

However, she has had a fair share of dating affairs in her life. During her peak modeling days in 2009, Abbey's on and off relationship with the rock band, Our Mountain’s member – Matthew Hutchinson was the talk of the town.

After that, Abbey got linked to the Hollywood Hunk Tom Cruise in 2012. The actor duo was rumored to be dating after they appeared on the cover of W Magazine. However, both of them denied the dating rumors.