By LRU Writer | On: October 10, 2019
Kate Bock has worked as a model for various brands like...is dating an NBA athlete boyfriend now named...age as of 2019...is incredibly close to her family...boasts an ethnicity consisting of...measurements and diet info...height extends to... 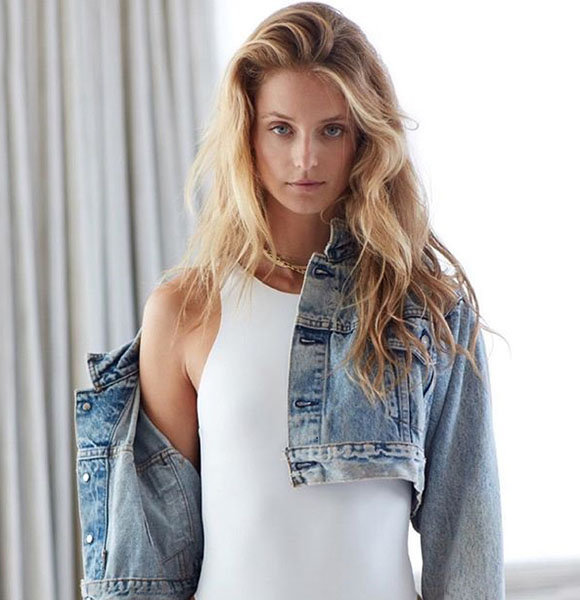 Kate Bock broke into the modeling world before she even reached her teenage years. Her life changed after a modeling agent spotted Kate at the mere age of 12 when she was playing around at a swimming pool.

Having started her journey as a youngster, Kate has successfully established herself in the modeling world. During her career, the Canada-native has modeled for Victoria's Secret and graced the cover of prestigious magazines like Elle and Maxim.

Further, the gorgeous model has bagged the famed title of Sports Illustrated's Rookie of the Year twice.

Kate was born as Kate Lynne Bock on 30 January 1993 in Vancouver, Canada. She boasts Caucasian ethnicity - derived from her family.

Although the details about her parents remain a secret, Kate grew up in a family of five, alongside her sister Anna and brother Ian.

From her social media profiles, it's pretty apparent that the green-eyed model shares a special bond with her family members.

Needless to say, it takes quite a work to maintain such an incredible figure. However, it may come as a surprise to many that Kate does not believe in dieting. In fact, she is a total work out enthusiast. She loves working out, doing yoga, running, and other physical exercises.

Kate spends hours in the gym to get the look she has. Further, she says her biggest beauty secret is sleep and an ample amount of water.

With her stunning body and those beautiful eyes, Kate - age 26 - is an epitome of beauty. It comes without saying that the gorgeous diva has garnered a massive number of admirers. However, to her fans' dismay, Kate is not available.

Kate is not married yet, but she does have a serious boyfriend. That's right! Someone already got lucky, and the person in question is non-other than the NBA star player, Kevin Love. Although, how the couple met and fell in love remains a total mystery, the two have been creating a buzz for quite some time now. Kate and Kevin are reportedly dating since 2016.

You May Be Interested:- Sarah McDaniel Boyfriend, Family, Net Worth

The couple seems to be very committed to each other as they are making their relationship work despite their busy work schedules. The two have also adopted a dog named Vestry. Further, both Kate and Kevin do not shy away from flaunting their love for each other on social platforms. By the looks of it, they seem like a match made in heaven.