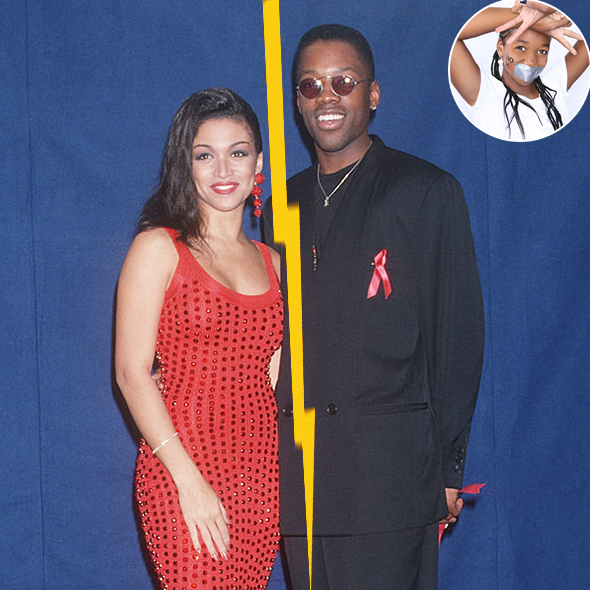 With more than 90 acting credits and 40 years of experience in the entertainment industry, Kadeem Hardison is best known for his work in A Different World as Dwayne Wayne.

Apart from the star's successful career, he is blessed with a beautiful daughter and also holds a healthy relationship with his ex-wife.

Who is Kadeem Hardison's Ex-Wife?

Kadeem and his ex-wife Chanté Moore started dating around 1994 and, after three years of togetherness, got married to each other on November 17, 1997.

However, before the couple got married, they already had a bundle of joy added to their life in the form of their daughter Sophia Hardison, who was born in 1996.

The husband and wife were married for two years and ended up getting a divorce in 2000. Even after the divorce, the couple had an amazing connection, where they cared for each other and also together for their daughter.

As it happens, Kadeem’s ex-wife Chanté Moore had everything good to talk about their relationship and revealed in a YouTube video how they fell in love very quickly after they first met but later turned out to be friends.

She revealed everything related to her married life and how Kadeem was always a friend and a father to her now 26 years old daughter.

In an interview in 2013 with Madam Noire, she stated,

“He appreciates for who I was and who I am and we grew together that’s what friendship is about whether or not we’re married or lovers or whatever the case is, you have to know who you're with and he and I spent a lot of time together.”

“There was a real honest love, and after we broke up we still care about each other; there’s nothing that’s gonna happen that makes him not my family to me. He’s my daughter’s father, but he’s my friend if he needs me for anything. I’m gonna be there, and I feel the same about him.”

Caption: Chanté Moore talks about her relationship with her ex-husband Kadeem.

Chanté later added that although she loves Kadeem, she does not want to be his wife and is okay with him having a girlfriend.

She ends the interview with,

After the interview surrounding Kadeem's marital life, he has now remained very mysterious and secretive about his romantic life.

With all the secrecy, there were few rumors going around. One of them being about his sexuality which tagged him as a gay man.

As the star has not addressed the situation, we cannot assume his sexuality, and for now, we shall leave the rumors as rumors.

Adding on to his previous dating life, before Kadeem Hardison got married, he declared that Cree Summers was his true love in an interview with a Dutch youth magazine in the late 1980s. Talking about recently, the star actor has been working on projects such as, Moonhaven, ClearMind, and Grown-ish. Additionally, with his uprising and successful career, Kadeem has a raving net worth of $2 Million, according to Celebrity Net Worth.