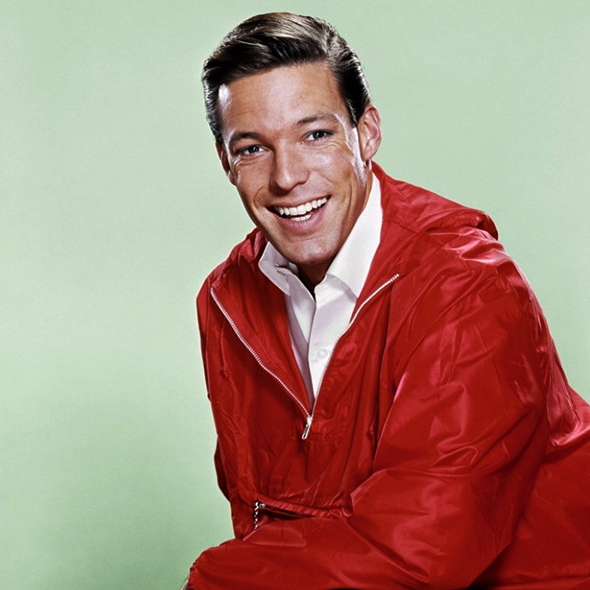 Richard Chamberlain, who stole millions of hearts as a handsome leading actor in his times, yielded a secret folded deep inside.

Because of the industry, the gay actor Chamberlain kept his sexuality a secret for the longest time.

Let's get into the details about the actor's past relationship and the reason behind keeping his sexuality a secret.

In a time when homosexuality was still considered a social issue, Richard was rumored to be romantically involved with American actor Wesley Eure between the time phrase of 1975 to 1976.

However, the duo soon persuaded separate paths in life.

You May Also Like: Jason Gould Dreams Family With Partner, Is Gay Actor Getting Married?

Dr. Kildare star Richard then got married to his longtime partner Martin Rabbett in the year 1984.  Martin is nineteen years junior to Richard and used to serve as Richard’s manager. The couple shared a Hawaiian dream home. But, they decided to part ways after around thirty-three years when Richard decided to move back to Los Angeles.

A source close to the pair revealed the tabloid about their relationship in his statement,

"Martin served as Richard's manager for years, but getting older and being out in Hawaii for so long, he really didn't have the connections to make a big push for Richard."

Following his separation from his longtime partner Martin, Richard has preferred to maintain a significantly low-key private life.

Reason Behind Keeping His Sexuality Private

Richard, who appeared in numerous films and television series appearing straight with women, stayed private about his sexuality for a very long time.

Later, in 2003, he revealed himself as a gay man and also stated how he was previously afraid to disclose his sexuality.

During an interview with Freerepublic in 2003, when asked for the reason, Richard replied-

"Desperately afraid. I used to get chased by hot teenage girls. I got 12,000 fan letters a week. And all the fan magazines would ask me about my love life. And I felt somewhat besieged. But I was good at the game. I felt my career depended on a certain image."

He was worried because he assumed his sexual orientation would ruin his career as he was one of the romantic leading actors at that time.

Later in 2010, the actor again revealed the reason for keeping his identity a secret. He stated-

“There is still a tremendous amount of homophobia in our culture. It’s regrettable, it’s stupid, it’s heartless and it’s immoral, but there it is.”

“For an actor to be working at all is a kind of miracle, because most actors aren’t, so it’s just silly for a working actor to say, “Oh, I don’t care if anybody knows I’m gay” – especially if you’re a leading man. Personally, I wouldn’t advise a gay leading man-type actor to come out.”

However, coming out as a gay man in 2003, Richard has since then been an active advocate for rights associated with the LGBTQIA+ community.

Eighty-eight-year-old Richard Chamberlain has already marked his place in the film industry. Active since 1958, he has a large number of film credits.

Previously, some rumors arose regarding Richard's death. But, those rumors subsided when everyone got the note of truth.

The actor is still going strong today following his appearance in the American horror anthology film Nightmare Cinema, where he did justice to the character of Dr. Mirari in 2018.

He has also appeared in the American horror series Twin Peaks in 2017.

With his hard work in harnessing his career, he has successfully accumulated a net worth of $20 million, according to Celebrity Net Worth.