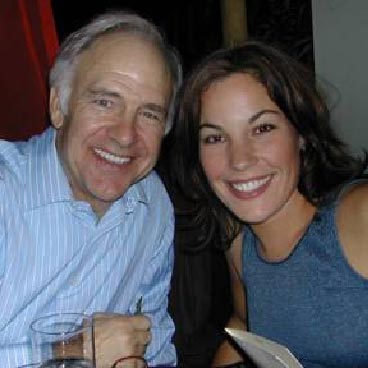 Working in the same field of entertainment, sister Katherine Pine and brother Chris Pine have set the sibling's relationship to a whole new level.

With an amazing sibling bond, let's get into the details about their amazing careers and family life with their parents.

Starting with fame and popularity, Katherine has a limited number of show credits.

Well, even though with single number shows, she has surely marked her place through her acting.

Garnering fame and best known for appearing in "Chips '99," "Heavy Gear," "Love Boat: The Next Wave." and "Heavy Gear."

Katherine is a multi-talented star.

From on-screen acting to being a licensed therapist in real life, the actress has surely had an amazing yet challenging change in her professional life.

Moreover, she is a specialist in anxiety, depression, and relationship issues.

With a brother belonging to the same line of work, there have been many instances where the actors were compared.

This time let's highlight each of their achievements without comparison!

Studying acting at the American Conservatory Theater in San Francisco and later embarking on an acting career, Chris Pine is one of the famous Hollywood stars best known for his role in “Star Trek.” His deep blue eyes, sharp jawline, and splendid on-stage performance have made him a beloved actor in the entertainment industry.

Popularized through blockbuster movies like "Star Trek," "This Means War," "The Finest Hours," and his recent role in "Wonder Woman," Chris has earned himself a significant stay in Hollywood.

His performances have gained him numerous fans, followers, and well-wishers.

With all this added and well-deserved fame, many of his fans have admired him on Twitter as well.

Following the comparison talks, there is always one question among the well-wishers,

Does Her Brother's Fame Shadow Katherine?

As children born to their mother and father who raised their careers in acting, there is no doubt both Katherine and brother Chris choose to walk in their parent's legacy.

When both of them embarked on their journey down Hollywood, Chris turned his career as a successful actor, and Katherine walked towards a licensed job.

Both excelling in their own life.

With Chris taking over media coverage and on-screen fame, sister Katherine has been doing wonders in the health and wellness sector. Katherine Pine, along with her brother Chris Pine (source: Liverampup.com)

With a healthy relationship between sister and brother, there are no hard feelings regarding their career.

No matter the path, both siblings have achieved heights of success.

Talking about siblings, there was an ongoing question "Is Katherine Pine and Katherine Heigl Sisters?"

To answer the question, apart from being beautiful actresses, the stars are not related.

A little about the star's personal life,

Born in the USA to father Robert Pine and mother, Gwynne Gilford.

Speaking about the star's parents, the 90s actor and actress have set quite an amazing legacy for their children.

With father still active in the entertainment industry and mother with more than 20 acting credits.

We cannot wait to come up with more updates regarding the star family!