Aleisha Allen Keeps Parents A Secret But Flaunts Their Married Life; Taking Break From Dating Now To Enhance On Career?

By LRU Writer | On: March 14, 2021
Aleisha Allen Keeps Parents A Secret But Flaunts Their Married Life; Taking Break From Dating Now To Enhance On Career? If you have watched Are We There Yet? then you must have noticed Lindsey Kingston, portrayed by none other than Aleisha Allen. What is the first thing that comes to your mind when you see her on screen? It's probably the life of this aspiring actress beyond the screen.You've hit the right place as today, we will be enlightening her life off screen, and her parents married life. If you have watched Are We There Yet? and Are We Done Yet?, then you must have noticed the character, Lindsey Kingston, portrayed by Aleisha Allen.

What is the first thing that comes to your mind when you see Aleisha on screen? Most probably, it's the life of this aspiring actress beyond the screen.

Well, if that's the case, then you've hit the right place as today, we will be enlightening you with her life off-screen and her parents' married life. We will also help you to find out whether she is single or is in a relationship.

Many celebrities run miles away when it comes to revealing information regarding their personal life. And the 29-years-old Actress Aleisha Allen is one of those celebrities who has been keeping her personal life inside the close box.

However, it is a known fact that she had an affair with the American actor Tahj Mowry.

Aleisha and her ex-boyfriend Tahj dated each other for around four years, from 2003 to 2007. Since the couple enjoyed a very low-key affair, there is no information about their relationship besides that. 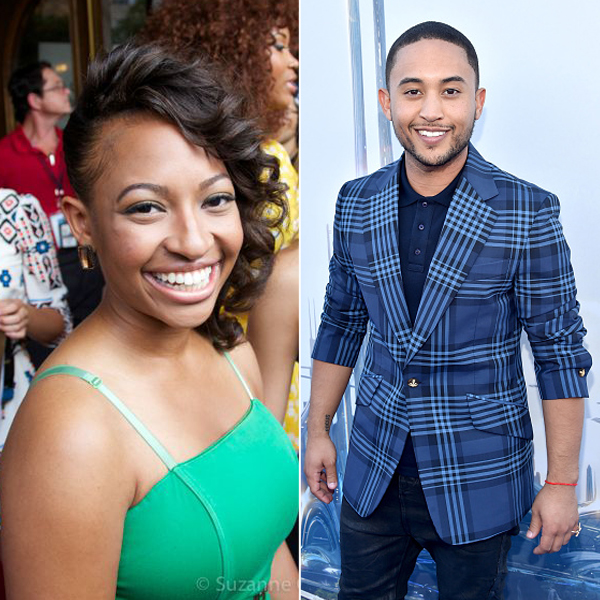 Further, it came to light that she previously dated the How To Eat Fried Worms actor Philip Daniel Bolden. However, it was later revealed that she loved Philip, and he also loved her, but only as brother and sister.

For now, she seems busy building her budding career rather than dating.

Aleisha Allen has been talking about her parents’ married life on different social networking sites. On December 31, 2013, she took it to her Twitter to wish her parents “Happy 24th Wedding anniversary!”

She even shared it in her Instagram to wish her parents their anniversary, captioning it-

“#nye Happy 24th Anniversary to my parents! Be safe”

Though Aleisha has been flaunting her parents and their married life on social media, she neither has revealed their name nor has shared their pictures.

Born on 28 April 1991 in New York, Aleisha was given the birth name Aleisha LaNaé Allen by her parents Otis LaNaé Allen and Angela LaNaé Allen. From a young age, she was a confident girl. She never feared seeing the big lens in front of her. That might be the reason why she had started modeling for TV ads and print since the age of 4.

Former Child Actor:- Travis Tedford in 2017; Where is He Now After All The Young Age Acting?

She was able to gain attention after appearing on the children's television series Blue's Clues as Sidetable Drawer. Shen then appeared in several movies and TV shows for almost a decade in the industry.

It was her role in the 2003 movie 'School Of Rock' alongside Jack Black that gained her the limelight she deserved. Being a part of such an acclaimed movie opened paths for the young talented actress.

She owned a Certificate of Clinical Competence (CCC) after years of classes and hard-work. In 2019, she shared a selfie image of herself wearing a lab coat. She revealed through the caption that she was working as a pathologist.

The multi-talented Aleisha can achieve huge success, popularity, and net worth in the days to come.

Interesting Facts From Allen Herself

Stay with us for the emerging updates on Aleisha Allen!