By LRU Writer | On: September 30, 2019
Alexis Ren...Glamour, beauty, smile, an exquisite physique almost any one of these things are enough to make one famous in the 21st century...With all the qualities in place, young and aspiring model...Reports of them dating have surfaced from every nook and corner...She grew up with...was born on... 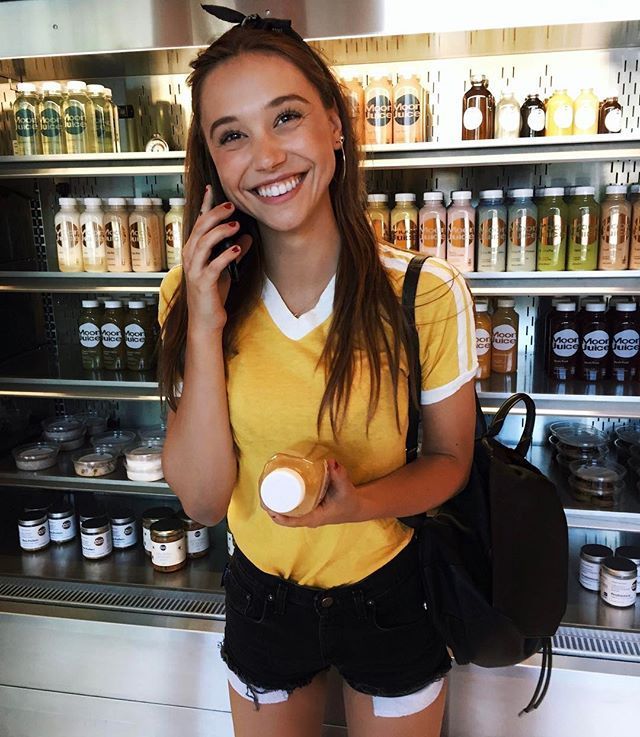 Along with a blossoming modeling career, she has made her presence felt on TV with shows like; Love Advent and Dancing with the Stars.

Among the relationship details in Alexis' life, none takes the cake than her dating news with the Netflix's blue-eyed boy Noah Centineo. After all the To All the Boys I've Loved Before star is the internet's boyfriend and 2018 breakout pop culture heartthrob. Alexis and Noah were initially rumored to be dating in May 2019, when they were spotted together in Vancouver.

However, the news didn't get traction in media then.

But, things changed when an onlooker reportedly caught the pair in an airport on 25 September 2019.

According to the eye witness, it was clear that the two were together. They were allegedly seen quite smitten; holding hands. Further, Alexis even received a kiss on the forehead from her rumored boyfriend.

However, the pair are yet to confirm their relationship as of September 2019. Maybe they are waiting for the right time.

As per Alexis' dating history, she dated Jay Alvarrez, Sky Bear and Alan Besten- over four years from 2014 to 2018.

Through her self titled Instagram page and online sites, namely fitnessclone.com, totalshape.com, and narcity.com, Alexis has shared the secret to her curvaceous body through workout routines and diet.

Along with a fit body, the model boasts 11 tattoos throughout her body with individual meanings and values. Among her tattoos, one that stands out is the tattoo of her mother's signature on her forearm.

Alexis Rene Glabach was born on 23 November 1996. She grew up with two sisters; Amber Rose and Alisa Rae and one brother; Ace Ryan.

Interestingly, Alexis' sisters are also quite popular on Instagram.

And, the model's father is a lawyer named Frank Gaylord, and her mother was Cynthia Gaylord, a health nutritionist expert. Sadly, she lost her mother in 2014, after her struggle with stage four colon cancer for almost a year.

Alexis was very close to her mother as she would take care of her and her sibling while their father would-be busy at work.