By LRU Writer | On: March 03, 2020
Amanda Stanton is a reality TV star who is famous for her appearance in the twentieth season of The Bachelor in 2016...She was married to...She divorced her ex-husband on...They have two children named...She was engaged to...Amanda's boyfriend was a...She was born on...Her height extends to...and Her Zodiac sign is... 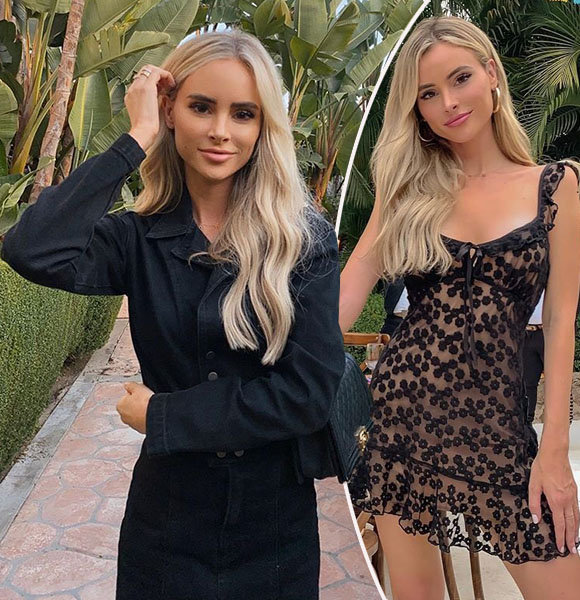 Reality TV star Amanda Stanton caught the public's attention through her appearance in the twentieth season of The Bachelor in 2016. She later graced the television screens with her presence in the third season of Bachelor in Paradise (2016), and she won it.

Due to her continuous appearance on the television screen, she has gained immense popularity; she has managed to garner more than 1.1 million followers on Instagram.

The reality star was previously married to Nick Buonfiglio, a medical device salesman.

Personal Life Insights Of Another Contestant Of The Bachelor:- Bachelor Hannah Godwin & Dylan Barbour Are Not Rushing For A Wedding

The ex-couple tied the knot on 11th October 2012 and stayed together for less than three years; Amanda officially divorced her ex-husband on 15th June 2015. They have two daughters named together: Charlie and Kinsley.

Amanda dated Josh Murray, whom she met on Bachelor in Paradise in 2016. At the end of the show, Amanda accepted Josh's proposal, and they got engaged. However, the couple couldn't keep up, and they soon went their separate ways in December 2016.

The California native began to date Bobby Jacobs- a professional volleyball player- after she met him through Instagram. The two made their relationship official in May 2018. But, the news of their breakup soon followed in April 2019.

Amanda was reported to be dating Brendan Fitzpatrick around October 2019; they were spotted together having lunch at The Ivy. But, in November 2019, the reality star said that she was single.