By LRU Writer | On: March 11, 2019
Stirring controversy is second nature to ESPN's Amin Elhassan. When he's not making headlines for his outrageous takes at his workplace, the sports commentator uses Twitter to cook more debate...Though highly effective in his trolling ways, Amin is humble enough to realize that he's a family guy with his problems. A stroll through his bio will help better understand him... 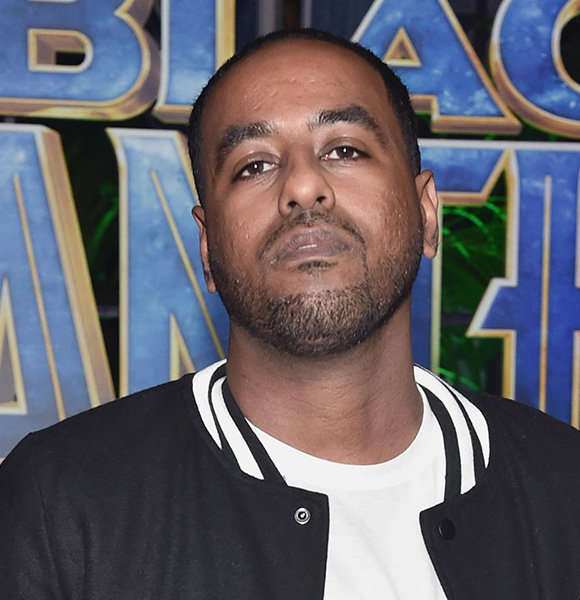 Stirring controversy is second nature to ESPN's commentator Amin Elhassan. When he's not making headlines for his outrageous takes at his workplace, the sports commentator uses Twitter to cook more debate.

Though highly effective in his trolling ways, Amin is humble enough to realize that he's a family guy with his problems. A stroll through his bio will help better understand him.

Besides being a world-class troll, Amin is also master deceit -- or atleast, with his New York accent.

The ESPN personality, now age 39, is of Sudanese nationality, having been born in the North African country in 1992. As an infant, his parents migrated to the United States.

However, he got sent back to his native land by his family when he was eight, only to return to New York six years later to finish his high school.

A studious & athletic kid with the height of six feet in his teens, he excelled at STEM while in school and later enrolled in the engineering programme at Georgia Tech.

Net Worth & Salary At ESPN

While in college, Amin came to a stark realization that his career path didn't align with his dreams. In time, he found a field marketing job with NBA outfit Atlanta Hawks.

Before getting promoted as Phoenix Suns' assistant director of basketball operations, he interned for fellow NBA franchise New York Knicks. After leaving the Suns, in the spring of 2012, the 39-year-old began his employment at ESPN.com as a freelancer.

Impressed with his insightful articles, ESPN would eventually hire him as a full-time employee in December 2013. Since his hiring, the sports network has reaped tremendous benefits from Amin's in-depth knowledge of the game.

Today, the on-air commentator appears across all of ESPN platforms -- be it radio or TV. Besides co-hosting a radio show, he makes regular features on the network's shows including 'His and Hers,' 'SportsCenter,' 'Mike & Mike', 'The Jump' and 'SportsNation.'

Considering his contribution, Amin should make an upward of six-figure sum in salary at ESPN. That said, his ever-so-growing net worth could use a little posturing.

His devil-may-care attitude at ESPN would make the fans believe that he's a bachelor, living his best life.

On the contrary, Amin is a "happily married man" with a wife and multiple kids. So far, he has masterfully managed to keep his married life away from the prying eyes. Tracing the crumbs of personal life left by him on Twitter: He was 31 years old when he had his first kid with his wife. Also, one of their children's name is Maya.

Amin, however, is still learning the trades of being a complete father and a faithful husband. His shortcomings got highlighted when he mocked WWE star Kevin Owens's son in 2016. In the previous year, he recieved criticism for asking adult film star, Mia Khalifa on a dinner.