Who Is Anastasia Karanikolaou? Everything About Kylie Jenner BFF

By LRU Writer | On: February 17, 2020
Anastasia Karanikolaou is an American model, Instagram star and entrepreneur known for her company...her parents are Periklis and Nicolette...Nicolette is her step-mother...Sammy Wilkinson was her boyfriend in 2016...was in a relationship with Zane Hijazi in 2019...rumored to be dating Tyler Cameron...her age is...has had multiple surgeries... 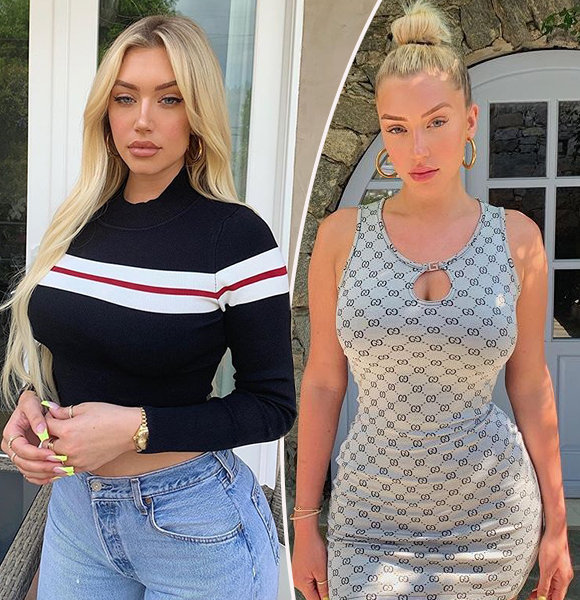 Anastasia started her career off as a model. She worked for Khloe Kardashian's clothing line, Good American. This made her a well-known figure in the fashion scene.

Capitalizing on her fame as a model, she has built a career in the entrepreneurial sector. She has a bathing suit collaboration called TJ Swim, which she started in November of 2019. She designs clothes with them and has 12 distinct designs of her own.

Sammy Wilkinson was Anastasia's boyfriend. Sammy and Anastasia were friends for a long time before they started dating in 2016. The couple broke up in 2017. However, the split wasn't a bad one, and they remained friends after the break-up.

The former couple even went on a vacation together in April 2019, and she was present in Sammy's sister's bachelorette party and wedding in August that same year.

Then, after a while, Anastasia was linked with another Viner, Nash Grier. However, the alleged duo never confirmed their relationship.

In 2019, Anastasia started a relationship with Zane Hijazi. He is a Viner and a travel director for logistics companies.

However, they broke up before November of 2019.

The Instagram personality was rumored to be going out with The Bachelorette star Tyler Cameron. The rumors about them getting together started a few months before the start of 2020.

And in January 2020, they were seen celebrating New Year's eve together along with their friends. However, representatives for Anastasia came out and denied the relationship.

Anastasia's father is Periklis Nikolaos Karanikolaou. He is a Greek-born broker who works for the World Financial Group.

Her stepmother is Nicolette Karanikolaou. Anastasia has not revealed any information about her birth mom.

Reality Star:- Brandon Jenner Is Set To Get Married With His Pregnant Girlfriend | Details

The social media star is not the only child of her parents. She has an older sister named Alexia Karanikolaou. She is a hairstylist and frequently appears on her sister's social media accounts.