By LRU Writer | On: January 25, 2021
American singer, producer and actress Angie Stone rose to fame after her album Black Diamond achieved gold status. The singer with a rich melodious voice was a married woman in the past and has been involved in multiple affairs in her time. Whats more, the South Carolina native has also been the face of the news for her preferential treatment of her son over the daughter. 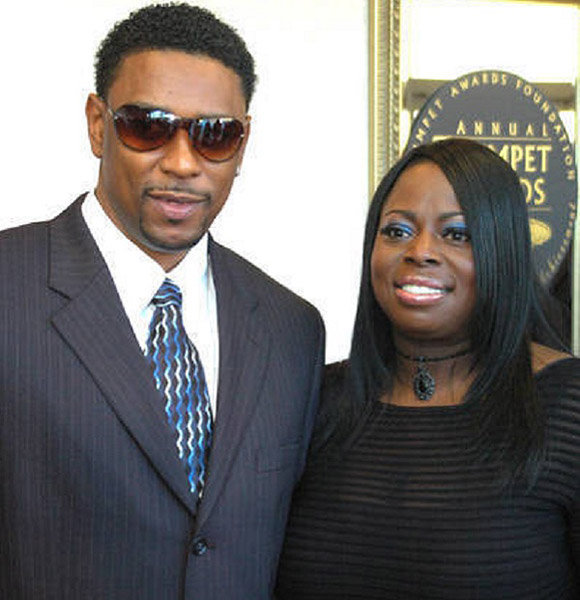 American singer plus actress Angie Stone rose to fame after her albums Black Diamond and Mahogany Soul achieved back to back gold status.

The singer with a rich, melodious voice was a married woman in the past and has been part of multiple affairs in her time. The South Carolina native has also been the face of the news for her preferential treatment of her son over the daughter.

It's not always her songs and vocals that helped her hug the limelight. Her marital life and her affairs have had an ample amount of coverage in the media.

The music producer was married to fellow singer Lil' Rodney Cee in the 80s. Angie had a daughter Diamond from her husband in 1984. However, the couple's marriage did not last long as the husband-wife duo separated in the 90s.

And it was the ten times Grammy-nominated singer's affair with neo-soul singer D'Angelo which heated the media in the mid-90s. Regarded as one of the most promising singers at the time, D'Angelo's romance with someone 13 years his senior made the couple media darlings, the 90s answer to Beyonce and Jay Z.

The couple was together way before D'Angelo even got his name on the radar of the media. Back then, he was just 19, and Angie remained his stone and also braided his short hair for his first album.

It turns out the couple even shared a son, Michael D'Angelo, who was born on 28th February 1997, from their 4-year relationship. Angie Stone with D'Angelo and son Michael back in the 2000s (Photo: iloveoldschoolmusic.com)

However, in 1999 the Celebrity Fit Club Star was diagnosed with type II diabetes and struggled to manage her weight leading to her divorce with D'Angelo.

After a void of relationships in the No More Rain singer's life, she again found love in early 2009. She confirmed about dating an airport worker Ashanti, and the couple was engaged in December 2009. She called her fiance the right man for her and explained that he was god's gift to her, speaking to Essence magazine in 2009.

She said of her fiance:

"When we met, we just hugged each other and I knew this was the man I was going to spend the rest of my life with and vice versa. He’s an auditor for an airline, a wonderful father to his two kids, my best friend and a good man as well."

The singer even explained that they had already decided that Atlantis in the Bahamas was going to be the place they would turn husband and wife.

However, their relationship petered out in 2014, after she accused her fiance/manager of cheating on her with the R&B Divas: Atlanta crew worker. The accusations culminated in her separation with the man she thought she would call her husband.

It's not just her romantic life that has helped her gain the media attention; her relationship with daughter Diamond also turned heads.

Angie Stone, who resides in Atlanta Georgia with her son, was involved in a bitter feud with her daughter Diamond (from her ex-husband Lil' Rodney Cee) in March 2015. The star reportedly punched her daughter Diamond with metal jewelry after having differences knocking out the front two teeth.

Police were called to the scene and resulted in her arrest on an assault charge. The star in her statement said that it was in self-defense she struck her daughter and were embroiled in a full-fledged fight before being intervened by her son.

The singer got released after posting bail bonds a day after her arrest, and the case later got dropped in April 2016.

Earlier that year, in January 2016, Angie had issued an apology for her actions toward her daughter via Twitter. On the very tweet, she thanked the fans for their continuous support through the tried times. Despite what had entailed between the two, the veteran singer asserted that she loved her daughter no matter what.

Listeners might know but Diamond - like her mother - possesses a passion for singing. Even interesting is the fact that she opted to dabble in R&B -- a genre that's synonymous to Angie.

You may also like: Dominique Fishback Bio: Age & Parents To Boyfriend & Dating Of Night Comes On Star

Despite having bad blood with her daughter in the past, Angie and her son Michael never shared any issue. In 2016, a year after her arrest for aggravated assault, the Wish I Didn't Miss You hitmaker posted a cute photo with her son on Twitter, saying that time had just flown away and her son had outgrown her.

The mother of two is notoriously close to her son and is providing every piece of support to launch his career.

Apart from her support for her son in his career, Angie performed at Musical Tribute Saluting Aretha Franklin who took place on 30th August 2018 at Chene Park Amphitheater in Detroit.

On the stage, she got accompanied by Dee Dee Bridgewater, KiKi Sheard, Aretha's son Eddie Franklin, Jhonny Gill along with few other names.

After a massive 2018, Angie continued to build momentum for her next big release well into 2019.

To calm the music-hungry fans' ever-growing appetite, she dropped a single titled Dinosaur in March that year. The song is effectively about her wanting to look beyond the skeletons of her past and calls her lover to do the same.

Also, 2019 saw her embark on a nationwide tour, closely followed by the European excursions. The tour stops on the latter include country such as Belgium, the United Kingdom, Denmark, and the Netherlands.