By LRU Writer | On: August 23, 2019
Anya Taylor-Joy grew up a cinephile; watching the same sets of movies multiple times religiously. Her life imitated art when she got discovered...today, she has created a niche for herself in the horror film genre with movies namely The Witch...Anya started dating Eoin Macken when she was a teenager. The romantic courtship deepened into a serious relationship... 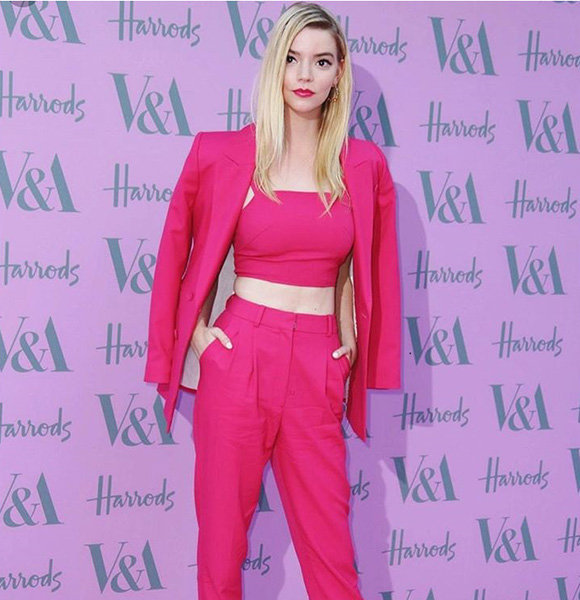 Anya Taylor-Joy grew up a cinephile; watching the same sets of movies multiple times religiously. Her life imitated art when she was discovered as a model in an accurate blockbuster movie fashion.

It so happened that, 16-year-old Anya was walking through Knightsbridge, London when she felt a car following her. Frightened, she started to run, but the car caught up to her. While she was prepared for the worst, the vehicle owner turned out to be Sarah Doukas - the founder of the Storm modeling agency.

The meeting set the course for Anya’s showbiz journey. While she didn’t pursue modeling actively, the little exposure led her to acting-agents, who helped in her movie journey.

Today, Anya has created a niche for herself in the horror film genre with movies, namely The Witch, Thoroughbreds, and Split.

Anya started dating Eoin Macken when she was a teenager. The romantic courtship deepened into a serious relationship, and the couple took their relationship to the next level. In 2017, the actress got engaged to her The Night Shift star boyfriend at age 21.

However, Anya and her fiance’ like to remain private about their dating relationship. Although they post occasional Instagram posts about each other, the actress and her beau rarely post their couple pictures on social media. Fans can only catch glimpses of their dating life via paparazzi.

Besides the actor duo’s equation, the pair also collaborated professionally. Anya was part of Here Are The Young Men, which was directed and written by her boyfriend turned fiance’ Eoin Macken.

While their partnership in work and home is perfect, Anya and Eoin are yet to get married as of 2019. Maybe, the couple wants to enjoy their romantic equation before becoming husband and wife. Or, is there any trouble in paradise? Only time will tell.

Anya was born to a multicultural family on 16 April 1996. Her father is of Scottish-Argentine descent while the actress’ mother is of Spanish-English ancestry.

Along with mixed ethnicity, Anya had a global trotting childhood. She was born in Miami, USA but moved to Argentina as a toddler. Again, her whole family, including her five older sisters, traveled to England and settled there when the actress was age six.

The reason behind Anya and her family’s country hopping was her father’s career as an international banker. However, he gave it all up to pursue motorboats racing. Her mother, on the other hand, has worked in photography and interior designing.

With such a culturally enriching childhood and passionate parents, it is no wonder that Anya decided to pursue a career in acting.

Her efforts paid off as she earns an average of $49,988 per year as a working actor. Also, her fiance’ Eoin boasts a net worth of $2 million.

Along with some serious acting chops, Anya also boasts a striking figure. Her measurements are 33-26-34 inches. Further, the London bred star stands at the height of 5 feet 8 inches (1.73 m) along with a complementing weight of 55 kgs.

The talented actress has US dress size six along with US shoe size of seven and a half.