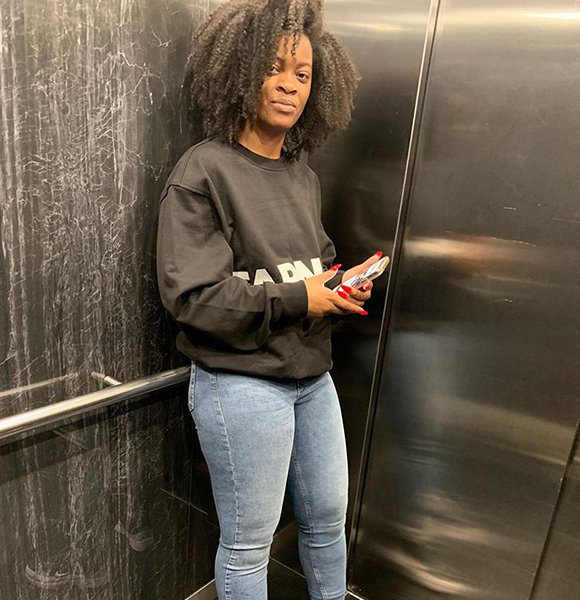 On top of being an incredibly talented songstress, Ari Lennox is a sweetheart at heart. Gifted with beautiful melanin and an equally charming personality to match it, she embodies perfection to the core.

Songs by Ari are autobiographical, or atleast inspired by real-life events.

Ahead of the release of her 2018 single, the Washington D.C. native penned a heartwrenching thread, highlighting her somewhat tumultuous dating life with an ex-boyfriend.

Per the tweets, Ari traveled hours to see her unnamed ex, who had joined the military. Despite her multiple attempts to reconnect, the pair grew apart as her then-boyfriend began to self-retreat.

Fed up with her former mystery muse's antics, Ari eventually broke things off. She had very little time to mourn the tragedy. Immediately after, Dreamville announced her as the newest artist to join their roster.

Ari's fear of never replicating the same level of chemistry with future boyfriends proved false. In June 2019, she hinted a brewing romance with yet another mystery man. Like her earlier relationship, the Shea Butter songstress made zero attempts to divulge information.

Ari's decision to keep her personal life aloof seems justifiable. As someone who values her artistry more than anything, she probably wants music to be the front and center of everything she does.

Similar Career Trajectory:- Mila J & Siblings Bond, How Is It? Explicit Facts On Net Worth & Ethnicity

Around early-2010s, Ari first gained traction with a mixtape titled Five Finger Discount. She followed it up by releasing an EP called Ariography.

The Bound crooner came in contact with J. Cole in 2015 through the GOMD rapper's artist, Omen. Later that year, she signed with Dreamville Records. Under the Interscope-affiliated imprint, she dropped an EP titled Pho in 2016.

Between the stated EP and her 2019 debut album Shea Butter, Ari toured extensively. At the same time, she appeared on a handful of songs as a guest vocalist.

Despite lacking a precise sum to underline her net worth, Ari's earnings are reportedly high. From YouTube alone, she allegedly pockets anywhere from $1.7 thousand and $26.7 thousand.

Ari was born as one of her parents' seven children on 26th March 1991. Going by her Instagram posts, she appears to share a close-knit bond with her siblings. Her real name is Courtney Shanade Salter.

With regards to ethnicity, the Up Late songstress boasts features of a gorgeous African-American woman. However, a complete history of her family's lineage evades public knowledge.