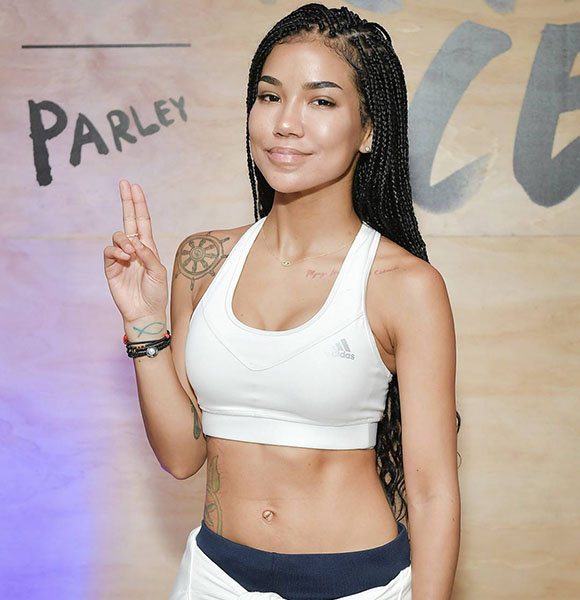 R&B soulstress Jhene Aiko has been involved in many rumors. Be it because of the explicit lyrics in her music or the cheating allegation; it seems like her every action gets put under the microscope.

The public often fails to see her dedication to her art, something she inherited from her parents.

Let’s learn more about her family.

Jhene and her four older siblings - three sisters: Miyoko, Jamila (Mila J), Jahi & a late brother named Miyagi, who passed away in 2008 due to cancer - grew up developing an affinity for music.

The driving force behind their musical aspiration is their parents: father, Dr. Kamaro Chilombo, a pediatrician-cum-musician & mother, Christina Yamamoto, an art teacher, both of American nationality.

Discussing ethnicity, Jhene's father is Afro-American, while her mother is of Japanese (paternal) and Spanish-Dominican-African descent.

Jhena’s elder sisters, Miyoko and Jamila, were also a part of Gyal, the 90s girl band. With the influence of her family, she also found her peace in music and began her career at a young age.

Jhena’s parents have played a significant role in her successful career. Her folks always supported and encouraged her to pursue her goals. Her father even converted their garage into a recording and rehearsal studio for her. Not only that, but her dad also assisted her with songwriting. Jhena with her father during New Year 2022 celebration. (Source: Instagram)

On the other hand, Jhena’s mother helped her manage her and her sisters' musical careers. Her mother was always there to support her as well as her siblings’ dreams. As a result, she was able to earn a name in the industry, with the help of her mother. Jhena with her mother during New Year 2022 celebration. (Source: Instagram)

However, Jhena’s parents got divorced after 20 years of marriage. Despite the separation, her parents didn’t stop supporting her and maintaining a healthy relationship in the family. Besides her biological siblings, her parents also share three children - Marcia, Dio & Kareena - with their earlier partners.

Her family has always supported Jhena. She is very close to her siblings. Her elder sisters, Miyoko Chilombo and Mila J, have helped her a lot in her journey in the showbiz. Her elder brother, Jahi Chilombo, is also a media personality who appeared in ‘Kidsongs.’ He is also a Dj recognized as DJ-LA.

Jhena’s second elder brother, Miyagi Hasani Ayo Chilombo, passed away at the age of 26 because of cancer. His sudden death devasted every member of his family, especially Jhena.

Jhena was especially close with her brother Miyagi and dedicated her song ‘For My Brother’ to him. Miyagi got the chance to listen to her song, but after some time, he passed away. Jhena could not handle the pain of losing her dear brother. After recovering from the incident, she dedicated her song ‘Souled Out’ to the loving memory of his brother.

Jhena also has a little sister, Kareena Chilombo, who she adores. Jhene has shared a lovely picture of Kareena’s 18th birthday.

Apart from that, she has a good relationship with her stepsisters, Marcil Chilombo and Dio Chilombo. Jhena has always been close to her family and often shares pictures of them together. She never misses birthday wishes or special days, even if she is busy.

Stay tuned to get more updates on Jhene Aiko.