By LRU Writer | On: July 08, 2019
Ariadna Juarez is a famous social media star...posted a picture with her 13-year-old boyfriend named...involved in a very contentious relationship with a....many nasty affairs in the past...dating boyfriend of years now... 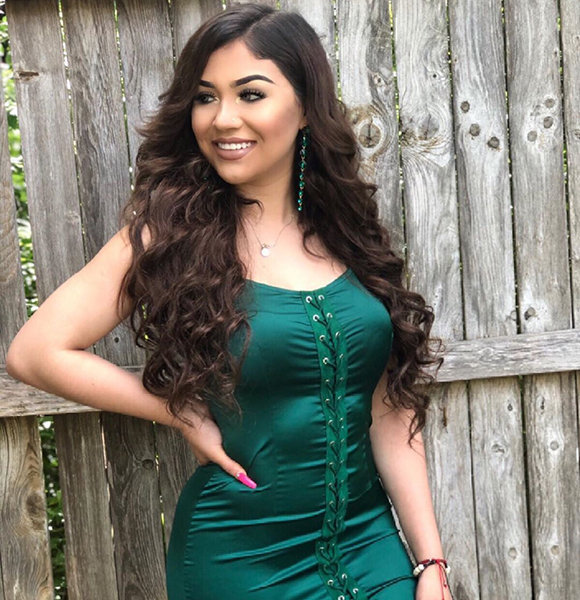 A beauty vlogger and an Instagram star by profession, young Ariadna Juarez boasts a massive fan following. In Instagram alone, she has already garnered over 200 thousand followers; whereas, she displays more than 100 thousand subscribers on YouTube.

Apart from being a vlogger, she is also a professional makeup artist and hairstylist. Through her second Instagram handle named makeoversbyari, she dedicates most of her posts to promote her makeup classes.

Ariadna was born on 5th May in 2000 in the USA and was raised in Texas. Interestingly, her first name takes inspiration from a novel's fictional character. The vlogger’s family is Latino, and her ancestry can be traced back to Mexico.

She is also very fluent in Spanish and is often seen speaking in her mother tongue in many of her videos.

Counting her, there are five members in Juarez family consisting of her father, mother, and two adorable younger sisters. Moreover, her parents and sisters have also made appearances in Ariadna's past vlogs.

Although the vlogger wasn't involved in any nasty affairs in the past, she got indulged in a contentious relationship with a minor. In the summer of 2018, she posted a picture with her 13-year-old boyfriend named Damian Gurrusquieta lying on the bed, shirtless.

Since the Instagram star was already 18 back then, her relationship received backlash from viewers due to the vast age gap.

Even though dating a minor is illegal in almost every state of America, the makeup artist took to YouTube to defend her controversial relationship. In the now-deleted video, she appeared along with her ex-boyfriend's mother, who was supportive of the heavily criticized relationship. Ariadna even claimed that she had consulted her lawyer before dating the minor and was told to go on with the affair as long as no sex was involved between the two.

Moreover, she defended her relationship, claiming age was just a number in a happy and loving relationship. But many were concerned about the boy as there were chances of him getting abused. Thankfully, she broke off the tie before it got weirder.

After the incident, the internet personality gained new heights and exposures in her career. But, it also resulted in the deletion of her previous YouTube channel, which possessed over 600,000 subscribers.

The 19-year-old vlogger is dating Elamor Demivida, a resident of Mexico, as of 2019. She had met the guy in a shopping mall in Mexico in 2014, after which they both started to converge through Facebook in a long distance relationship.

Fans soon started having doubts about Ariadna's previous controversial relationship. There is also a very high probability that the vlogger dated a minor intentionally to receive vast popularity through the controversy.

Since she claimed of loving her 14-year-old partner back then, it does questions the authenticity of Ariadna's relationship with Elamor - her boyfriend of five years.