By LRU Writer | On: January 16, 2020
American actor Austin Butler is best known for portraying the role of...in a long term relationship with Vanessa Hudgens...rumors of them getting engaged...split ways...about wanting to get married...his parents...mother's death...started his career at a very young age...selected to portray the great Elvis Presley...enjoys an estimated net worth of...movies and TV shows... 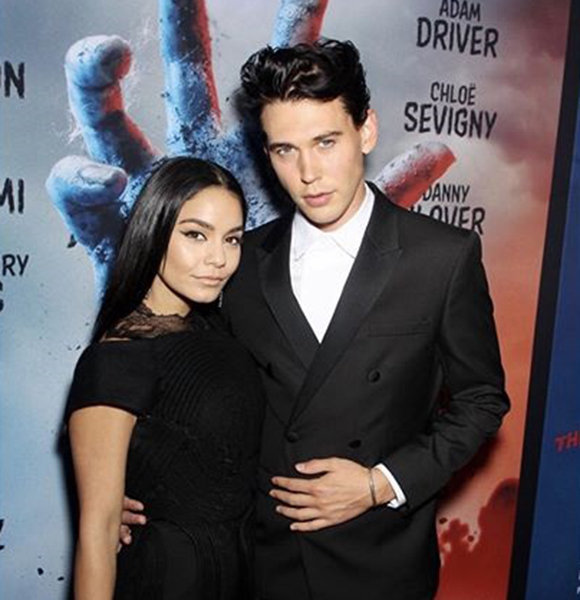 American actor Austin Butler is best known for portraying the role of the ultimate lover boy in teen dramas like The Carrie Diaries (2013), Switched at Birth (2011), and Zoey 101(2008).

Most recently, he gained massive fame for his appearance as a hippie named Tex Watson in Quentin Tarantino's Once Upon A Time In Hollywood (2019).

Austin and Venessa have reportedly parted ways from each other after dating for nine years.

Their breakup rumors had been flying for quite some time. The pair had not made a red carpet appearance together in months. Further, both Austin and Venessa hadn't made an appearance on each other's social media since Halloween 2019.

On top of that, at the premiere of Venessa's new movie Bad Boys for Life on 14th January 2020, the former Disney star hit the red carpets solo.

According to reports, the reason behind their split is actually their busy schedules and distance between them.

Austin and Vanessa were among the few Disney couples, who have stood the test of time.

During their seven years together, the couple had also sparked engagement rumors many times.

Further, when Vanessa stepped at the red carpet of Once Upon A Time In Hollywood's premiere with a sparkling ring on her fingers, the tabloids were convinced that the two had made it official. Austin Butler with his girlfriend Vanessa Hudgens at the premiere of Once Upon A Time In Hollywood in July 2019 (Photo: pagesix.com)

However, the couple was not engaged, and it just ended up being statement jewelry to match with Vanessa's dress.

Further, during her interview with the Women's Health magazine, Vanessa had opened up about wanting to get married and bear kids in the future. But, she explained that she was in no hurry to walk down the aisle with Austin.

Austin was born as Austin Robert Butler on 17th August 1991 in Anaheim, California, to Lori Anne Howell and David Butler.

In 2014, the young actor had to go through the tremendous pain of losing his mother. The news of his mother's death broke after his tweet in September 2014, that read,

Lori Butler, my mom, my hero, & my best friend passed away this morning. Lets all celebrate her. I love you and will miss you every day Mom.

Austin did not open up about the cause of her death. But, from his statement, it is pretty clear that he shared a powerful bond with his late mother.

Austin started his career at a very young age. He was approached by a representative of an acting management company at a County Fair when he was 13. After that, he appeared as a child actor in many commercials.

You May Be Interested:- Cody Simpson Girlfriend, Sister, Gay, Now

However, the biggest project of Austin's life is right around the corner. The young actor has been selected to portray Elvis Presley in the legendary musician's biopic. The film is set to be directed by The Great Gatsby director, Baz Luhrmann, and will hit the theatres in 2021.

As of now, Austin enjoys an estimated net worth of $4 million as per Celebrity Net Worth.