By LRU Writer | On: July 25, 2019
Josh Hutcherson is an American film and TV actor who has bagged several awards to his name in the field of...was a constant topic of discussion with his dating rumors and changing... made his mark on the big screen in 2002 when he was the part in the pilot episode of...supports gay rights and encourages youngsters to become more understanding and potentially supportive about... 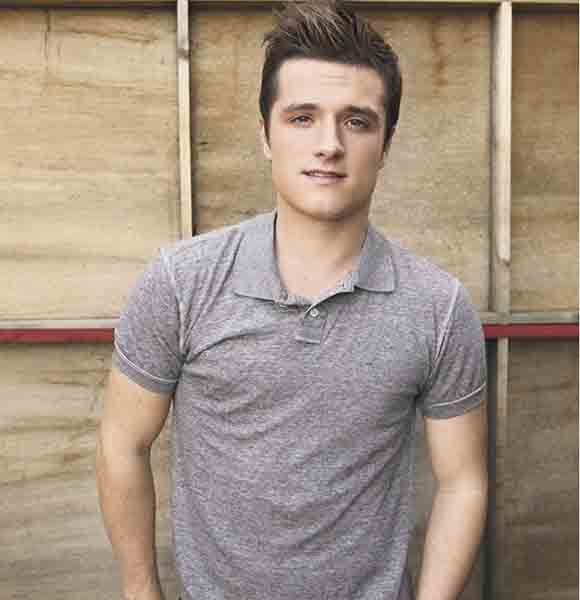 American film and TV actor Josh Hutcherson has bagged several awards in his career of over a decade, and he's not even 30 yet.

Landing roles in films and TV shows frequently, Josh quickly raised above everyone else of his age group and made a name for himself. He has been nominated for the Youth Artist Award four times and even won the title on two occasions.

Josh Hutcherson is a sweetheart when it comes to matters related to ladies. His overwhelming height of 5 feet 7 inches (1.73m) and sturdy tattoos further compliments his adorable physique.

The Hunger Games actor was a constant topic of discussion with his dating rumors and changing girlfriends. He first stole the limelight in 2011 when he dated actress Vanessa Hudgens, who co-starred with him in Journey 2: The Mysterious Island.

Soon the dating rumors faded away, and Josh was linked with another fellow co-star Jennifer Lawrence in 2012. The star added on the stories that both of them were good friends, and that he appreciated her company as a friend rather than a girlfriend.

After a quiet few years, Josh took his fans by storm in 2015 when he confirmed to dating Claudia Traisac. The pair had met while filming Escobar: Paradise Lost in 2012. He also added to the relationship claiming that maintaining a long-distance romance was often harsh, but they managed it through sheer will. As of now, the pair are not married, but by the looks of their long-lasting relationship, one can assume that the couple will make the perfect husband and wife.

Josh Hutcherson is surrounded by film crews, cameras, and reporters wherever he goes. Starting his film journey at the age of nine, it was not a new thing for the Union native.

He first made his mark on the big screen in 2002 when he was the part in the pilot episode of House Blend and the Emmy-Winning show, ER. He showed his talent in 2003 as a cast member of the Oscar-nominated movie, American Splendor.

However, his career ascent to the top started in 2005 when he secured a supporting slot in the remake of Jumanji titled Zathura: A Space Adventure. Later, he went onto work alongside the likes of Dwayne Johnson, Annette Bening and Mark Ruffalo in several blockbuster movies which helped him lift his career.

From claiming awards to setting a benchmark in acting, this former teenage sensation has mustered a fortune for himself from the film industry. Josh accumulates a massive net worth $20 million from movies, TV series, and shows.

The actor donates a significant portion of his earning. He closely works with a group called Straight But Not Narrow, which supports gay rights and encourages youngsters to become more understanding & potentially supportive about gay rights

Most famous for his role of Peeta in The Hunger Games: Catching Fire (2012), the 26-year-old heartthrob is ready to burn down the theaters with his new movie, Burn, scheduled to hit the theaters on 23 August 2019.

The actor is seen in the role of a crook named Billy, who is in a desperate need of cash and holds a gas station on gunpoint.