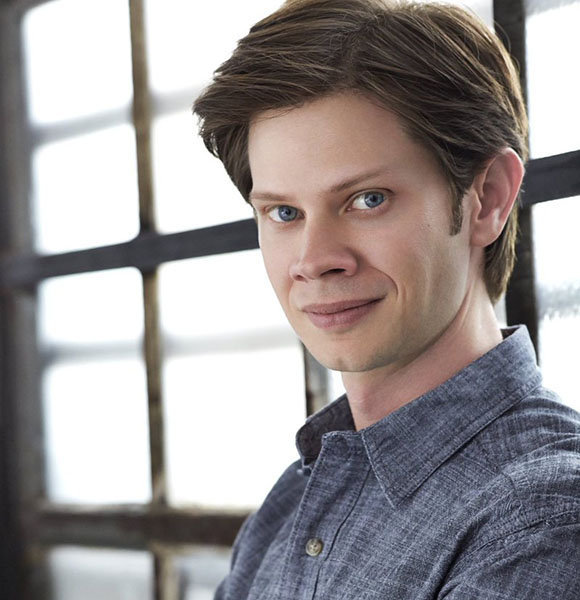 Internet is a wild place; a mere meme might spawn a catastrophic rumor that could prove devastating to a celebrity's career.

Actor Lee Norris became an unlikely target of such a meme-induced joke in 2016 when a side by side photo of him and musician Chanel West Coast went viral. It essentially gave rise to the rumors that he was transgender.

It is no surprise that the Boy Meets The World star bores an uncanny resemblance with his alleged doppelganger, Chanel West Coast. Though not related through blood, he and the Been On rapper very much look alike. Young Lee Norris and His Alleged Transgender Self, Chanel West Coast Side by Side (source: pinterest.com)

The origin of the stated meme still evades public knowledge, though. Still, it managed to elicit precious reactions from all.

Famed Transgender:- Marci Bowers Before and After Pictures & Family With Wife; A Bio

Everyone seemed to have a reaction. Even Chanel responded to the viral meme by jokingly writing:-

"I got news for all these dumb sites posting that ad saying I'm transgender and used to be Minkus...you got a BIG lawsuit coming your way lol... "

Lee is yet to react to it - well, at least on a public platform. That said, it's not difficult to imagine him and his wife sharing this unforgettable memory of a meme that caught their knowledge.

Who is Lee Norris's Wife?

By the time the transgender rumor blew out of proportion, Lee and his wife Andrea Norris had been a married duo for nearly five years.

If only the trolls online were familiar with how well he jells with his partner, they would have never made the most of his resemblance with Chanel West.

Nevertheless, everything indicates the One Tree Hill star is a cisgender man, and he does not identify as transgender. Together with his wife Andrea, he began hosting Married With Television in 2017. Considering how long they have been together, the news of them starting a family anytime now shouldn't come as a surprise.

Lee was born in the year 1981 at the family home in Greenville, North Carolina, USA.

Despite insufficient info on his family & close relatives, fans assume that the Girl Meets World actor - now age 40 - grew up in comfort. The belief stems mostly from his on-screen persona of a "soft guy."

A graduate of Wake Forest University, Lee landed his first significant acting role in the 90s sitcom The Torkelsons.

However, his watershed moment came when he got cast to play Stuart Minkus in the hit ABC series Boy Meets The World. For six seasons, between 1993 and 1998, he entertained the fans with the iconic character.

Portraying Marvin "Mouth" McFadden in the beloved teen series One Tree Hill, Lee then wowed the TV audience with his acting talents.

Beyond the small screen, Lee boasts several high profiles and film credits. A frequent collaborator of director David Fincher, his most notable movies includes Zodiac, Surf School, and Gone Girl, and now recently, he was a part of Greyhound.

Resulting him with a raving net worth of $300K, according to Celebrity Net Worth.

Witnessing the actor's successful career, we cannot wait to update you guys more on him!