Beau Bridges's Decades of Blissful Marriage. More on His Separation with Julie Landfield 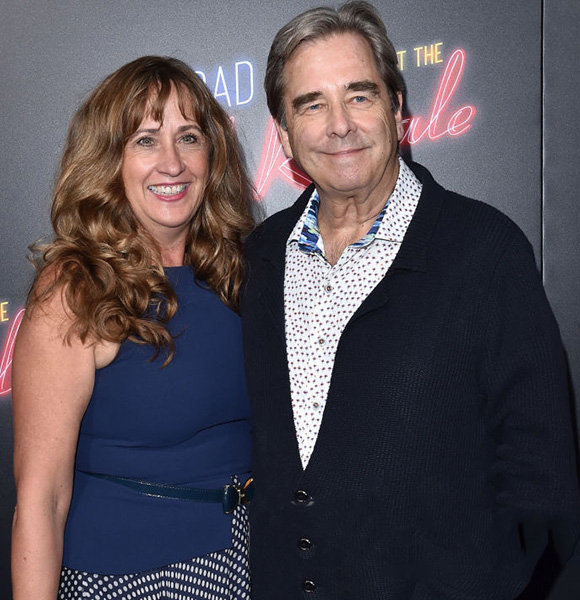 The guy, who was born in a Hollywood family and proudly held three Emmy Awards during his time, Beau Bridges, is still going strong with his acting career at the age of 80.

Leaving a mark from his seven-decade-long contribution to the entertainment business, the veteran actor, amidst his scripted stories, has his own life experiences to share.

After taking a break from his first wife, Julie Landfield, 'The Fabulous Breakup Boys' star has been flaunting his never-dying connection with his second lady love.

Considered the sweetest couple, the duo has never missed a chance to share romantic tales with their social media followers.

Ringing wedding bells with his former wife, Julie Landfield, in 1964, Beau spent a decade with Julie Landfield before they eventually called off their relationship.

With his two kids (Casey and Jordan) from his first wife, Julie Landfield, Beau, and his second wife, Wendy, welcomed three more kids (Dylan, Emily, and Ezekiel) into their families.

How the couple first came together to sew such a sweet tale is still unknown to the fans, who are left in awe watching their Instagram posts.

But the pair's constant update on their social media has given enough synopsis for the audience to create the couple's fictional love story.

With age, their romance hasn't turned feeble but is headed in the opposite direction. Watching the duo share pictures with their family, happily sharing kisses, and sipping wine made them the "couple goal" of old age! Wendy uploads a cuddlesome picture of the pair with the caption, "So blessed he is mine" (Photo: Wendy Treece's Instagram)

Even at this age, Beau and his wife often go out hiking. Beau uploads a picture with his wife, going for a hike, with the caption, "A two mile hike with my girl. @mrs.b.bridges." (Photo: Instagram)

The 'Mr. Mayor' actor is a proud grandfather of five grandchildren. Beau welcomes the fifth grandchild to the family. (Photo: Instagram)

At the age of 80, the actor has everything that it takes to live life to the fullest. No wonder the actor is still active in trying out a new electrifying role in the movie industry to gain more and give more.

His movie 'Masters of Sex' gave him a different perspective on acting when he had to act as a closeted gay man.

Working in extraordinary roles, Beau Bridges leaves everyone with new surprises every time!

Everything Beau holds today from Hollywood is all credited to his dad Lloyd Bridges, who was a sensation in showbiz during the fifties.

Giving his dynamic performances in movies like 'Seat Hunt' and 'Airplane,' the late actor left a legacy behind for his children to walk on.

The Bridges family has a family tree growing from the roots of acting with Beau's younger brother, Jeff Bridges, who also stands as a confident actor as the elder sibling. Named after the character Beau of 'Gone with the Wind,' the Max Payne actor has not left any gaps in proving himself as a true artist in the entertainment industry.

The actor, who claims a net worth of $16 million, is famously known for his award-winning movies: 'Norma Rae,' 'Heart Like a Wheel,' and 'For Love of Ivy.'

However, the journey of more than seven-decade-long to Hollywood wasn't just walked by Beau alone, as his wife gave him the constant push which made everything possible and more enduring for the star.

Stay tuned to get more updates on Beau Bridges.