Ben Higgins Dating Status in 2020, Who Is His Girlfriend?

By LRU Writer | On: March 03, 2020
Reality star Ben Higgins had his first brush with fame...was cast as the lead in the 20th season of The Bachelor...was born...parents are...is in a relationship with...reportedly started dating...formed a special connection with the winner...on The Bachelor's 20th season...proposed to...stands at a height of... 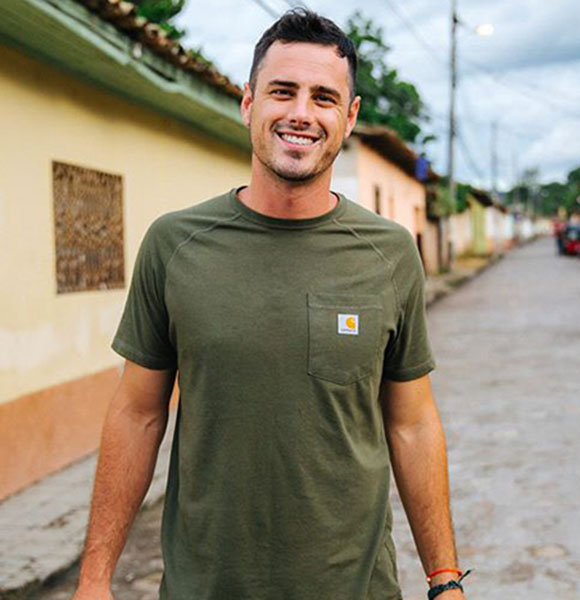 Reality star Ben Higgins had his first brush with fame as a contestant on the 11th season of the reality show ABC's The Bachelorette in 2015. In the reality show, Ben finished as the third runner-up on week 8.

And right after the Bachelorette ended, Ben was cast as the lead in the 20th season of The Bachelor in 2016, during which twenty-eight ladies competed to be Mrs. Higgins.

Read on to find out more about the reality star's personal life.

Ben Higgins is in a relationship with Jessica Clarke.

The two reportedly started dating at the end of 2018. Ben first opened up about his lady on an Instagram post in February 2019. In the same post, he also revealed that he was the one who took the initiation by sliding into her DMs.

Ben Heggins' girlfriend Jessica Clarke is a graduate from the University of Mississippi with a bachelor's degree in Integrated Marketing and Communications.

She works as an Account manager at Valet Energy in Nashville. Further, she is also a fitness enthusiast who is a licensed instructor.

In 2016, when Ben appeared as a contestant on The Bachelor's 20th season, he formed a special connection with the winner Lauren Bushnell, who was among the twenty-eight ladies who competed on the reality show.

Further, Ben also proposed to Lauren at the end of season 20, which she happily accepted. But their relationship was short-lived, and the couple parted ways after calling off their engagement in 2017.

After the end of her relationship with Ben, his former fiancee started dating country singer Chris Lane. Moreover, Lauren and Chris got engaged in June 2019.