By LRU Writer | On: June 19, 2019
Life changed overnight for Lauren Bushnell when she won the final rose and heart of the 20th season of The Bachelor contestant Ben Higgins...Well, the fairytale of national television barely lasted as the couple parted ways in May 2017 leaving their fans heartbroken...Good news is Bachelor nation’s fans still love and adore Lauren and keep tabs on her dating status. Without further delay let's dive into her life! What Is Her Age? 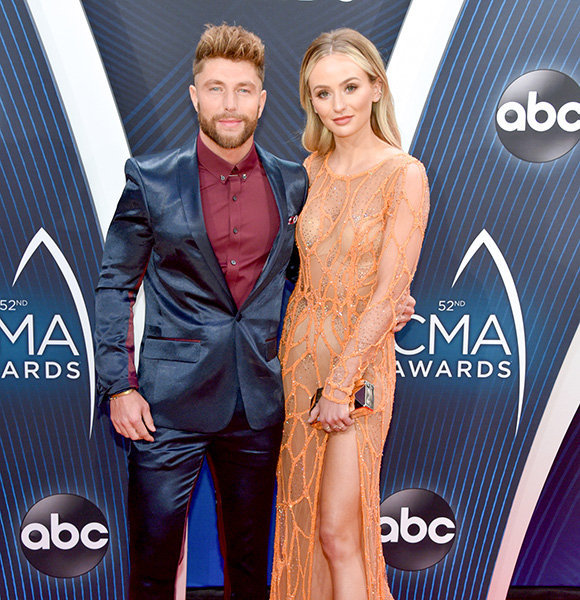 Life changed overnight for Lauren Bushnell when she won the final rose and heart of the 20th season of The Bachelor contestant, Ben Higgins. Well, the fairytale of national television barely lasted as the couple parted ways in May 2017; leaving their fans heartbroken.

Good news is that Bachelor nation’s fandom still loves and adores Lauren. They keep tabs on her dating status. So, without further delay, let's dive into her personal life!

Odds were hardly on Lauren’s favor when she got engaged to Ben Higgins on the dating reality show, The Bachelor.

After her heartbreaking split with The Bachelor star, she composed herself and moved on in her life. The Portland native dated real estate agent Devin Antin from July 2017. But, the duo affair didn’t last long, and they broke up after a one-year relationship.

Trying to relax after another break-up, Lauren went to the Bahamas with a bunch of friends. During the holidays, she saw her friend Take Back Home Girl star Chris Lane in a different light unexpectedly. Something clicked between the friends of three years, and they started dating.

On 13th November 2018, Lauren and her then-new boyfriend made their official red carpet at the 66th Annual BMI Country Awards. The love-birds seemed very much in love and kept sharing their love story with the world via Instagram.

In months that followed, The Bachelor alum and her singer beau introduced each other to their parents. It indeed showed the strength and seriousness of their relationship. Many believed her romance with the country star wouldn't end in heartbreak.

With past public romances and, now an affair with singer boyfriend, there wasn't any doubt that the West Linn High School alum is straight; miles away from being a lesbian.

Continuing their whirlwind romance, Lauren Bushnell and Chris Lane got engaged on 16th June 2019. The Country sensation asked The Bachelor Alum to marry him in the backyard of her family home in Oregon.

Romantic and simplistic simultaneously, the proposal was picture perfect. Except, Chris stepped on a dog's poop as he took the knee. Minutes before, he serenaded Lauren with the song "Big. Big Plans." The engaged duo, Lauren Bushnell and Chris Lane moments after the engagement circa June 2019 (Photo:- People.com)

Two days after getting engaged, the flight attendant-turned-reality star took to Instagram to thank her boyfriend-cum-fiance for everything, including the ring. The engagement ring reportedly flattened Chris' pocket by a whopping $80+ thousand.

Lauren's ex-fiance Ben Higgins congratulated her and her husband-to-be on an episode of The Ben & Ashley I Almost Famous Podcast.

Her Age, Birthday And Career

A flight attendant by profession, Lauren’s career was serving her pretty well before she decided to join The Bachelor and become a full-fledged reality star.

Well, the decision of Lauren, who holds American nationality, was not wrong as following her appearance on the show, her profile boosted. She landed on modeling gigs.

Besides, Lauren's Instagram popularity reached a new height; she got paid partnership with different makeup and hair brands. The deals enriched the net worth of The Bachelor Star, who celebrates her birthday every 2nd February.

On top of that, the beauty at the age of 29 gives away tips for flawless makeup and hairstyling via various social media platforms to garner more attention.