Bennet Omalu Age 50 Family Rift? Wife No Where To Be Seen, Where Is She?

By LRU Writer | On: December 20, 2018
A doctor who went through great lengths to notify the general public and the whole NFL community of his findings, Bennet Omalu's life works have been adopted on his biographical movie and his wife's role was played by a top-notch actress...Well, many assume that the partners are no longer together as Bennet has always chosen work as his first priority and didn't give much time to his wife...But, is there any truth to those rumors?... Find Out! 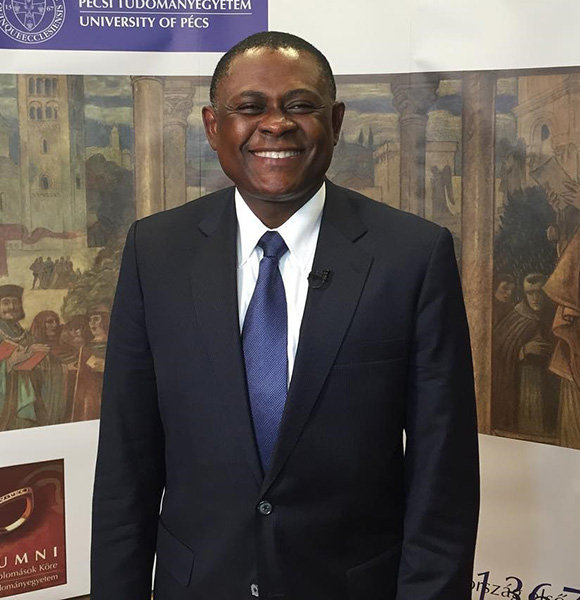 A doctor, who went through great lengths to notify the general public and the whole NFL community of his findings, Bennet Omalu has contributed a lot to the medical field.

Although Bennet's life and works have been adopted on his biographical movie and his wife's role was played by a top-notch actress, in real life, his wife's whereabouts have always been a mystery to those who take a keen interest in his research and findings.

Well, many assume that the partners are no longer together as Bennet has always chosen work as his first priority and didn't give much time to his wife. But, is there any truth to those rumors?

Are Bennet and his wife really divorced or just leading a happily married life with their family? Let's find out!

Dr. Bennet Omalu is married to his longtime wife, Prema Mutiso. The couple started their romance as lovers but later turned it into a lifelong commitment.

It has not been revealed how or when they met or how they got married; it's assumed that the two have been together for several years now.

Additionally, Bennet and Prema's married life can also be seen featured on the 2015 biographical movie, Concussion, where the doctor's role was played by Will Smith and Gugu Mbatha-Raw played his wife's character.

The movie shows husband-wife duo's romance as loving and passionate, which is right in real life too. Bennet and his partner are also blessed with two adorable children: son Mark and daughter Ashly.

The last time, Bennet was spotted together with his wife and kids, was in 2015 when he appeared in a red carpet event along with his family. Other than her occasional public attendance and appearance on her husband's social media posts, Prema leads a non-existent social life. Though the American immigrant has a significant contribution to her husband's successful medical career, Prema doesn't insist on huffing off the credit.

Take A Look At:- Brennan Elliott Amazed On Wedding Anniversary With Wife, Why?

The couple currently resides in California where Bennet serves as San Joaquin County's chief medical examiner, and the two are happily raising their kids.

It's her personal life if Prema wants to remain low-key, but the rumors about the couple's split are accurately false.

A physician, neuro, and forensic pathologist by profession, Bennet was born in South Eastern Nigeria as the son of a mining engineer and a seamstress. When the civil war broke out in his country, Bennet's family consisting of his parents and six siblings had to make a run for their lives. His father, Oba John Donatus Amaechi Omalu, later died on 5 May 2014 at the age of 91.

Bennet was a talented guy from a young age and even succeeded in joining Nigeria's medical school merely at the age of 16. After completing his education with an MBBS degree in 1990, he worked as an intern in Jos for three years.

The Nigerian physician later moved to the US in 1994 after which he worked in several states for years. His breakthrough came in 2002 with the autopsy of former American Football Player, Mike Webster. He discovered that the deceased footballer was suffering from a neurological condition called chronic traumatic encephalopathy (CTE), which was previously diagnosed in boxers.

Bennet even published a paper on his research titled "Chronic Traumatic Encephalopathy in a National Football League Player" in 2005, but his work was disclaimed by the Mild Traumatic Brain Injury committee, and NFL even asked the doctor to withdraw his paper.

In 2006, he examined the brain of another dead footballer, Terry Long, and discovered that the athlete too suffered from the same condition. Bennet, now aged 50, concluded that the CTE had plagued the brains of athletes and war veteran due to several concussions and injury to the head.

He even recommended that heading should be banned from football. Bennet, who is famous for his brainy and inspiring quotes, has also written books relating to his findings. His books, "Truth Doesn't Have A Side" and "Play Hard, Die Young" are currently available on Amazon.

Currently, Bennet Omalu possesses a net worth of $710 million, which is way more than one can earn with an average physician's salary of $196,380. Well, with great contributions to the medical field, he deserves to have such massive net worth.