By LRU Writer | On: March 11, 2019
Homeboy Bonner Bolton captivated everyone with his good looks when he graced the 24th Season of Dancing With The Stars, although dancing is not his primary profession...However, there was a rumor about Bonner's relationship...The rumor reached its peak after Bonner shared...on the occasion of Valentines’ Day... preparing to get married...in an interview in 2017...he performed as stunt double for... 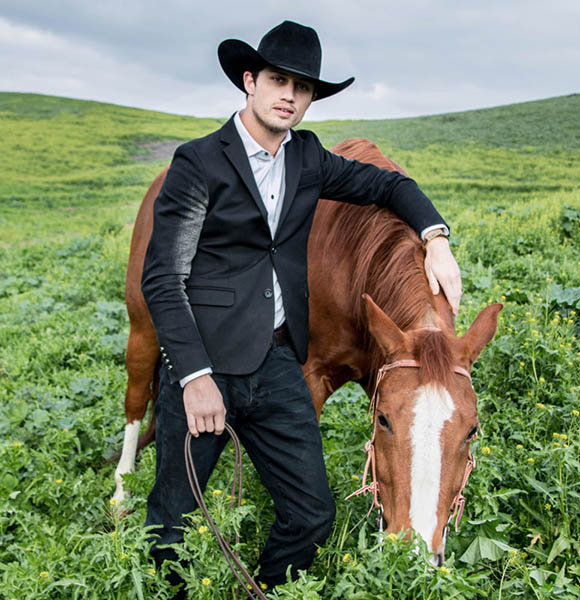 Homeboy Bonner Bolton captivated everyone with his good looks when he graced the 24th Season of Dancing With The Stars, although dancing is not his primary profession.

Bonner is a bull rider by profession and even won his first title at just 20 years of age. But back in January 2016, his very profession nearly cost his life; he was bucked off the bull and landed hard on his head.

That occurrence resulted in his temporary retirement, but he bounced back stronger and remains in love with bull riding more than before.

Bonner was born on 1st June 1987 in San Antonio, Texas. Born in a family of bull riders, which naturally pulled him towards the challenging sport.

Before Bonner, his father was also in the bull riding sport for 15 years and was taught by his father, i.e., Bonner’s grandfather. His family supported him, and with his hard work, Bonner eventually scored the fourth position in the Professional Bull Riding World Finals, 2015.

DWTS Winner's Good Deed And Bio:-DWTS Winner Donald Driver Is Has A Big Heart! Helps Ill Children Through a Foundation He And Wife Started

Who Is His Girlfriend? More On His Dating Life

Bonner Bolton’s elegant nature and his strong family ties put him in the list of most eligible bachelors for any lady wanting a serious relationship. But the bullfighter seems to stay away from relationships, as he is yet to introduce his better half to the media.

However, there was a rumor about Bonner's relationship that swirled the media. Back in 2017 when he competed in the hit show Dancing with the Stars, he was rumored to be dating his pro dance partner Sharna Burgess, which initiated after the couple debuted with their dance performance in the show.

The rumor reached its peak after Bonner shared their dancing video on his Instagram, that too on the occasion of Valentines’ Day. Following that, fans even speculated them to be preparing to get married, as Bolton and his dance partner’s chemistry was undeniable. But both Sharna as well as Bolton denied all the ongoing dating rumors and further clarified that they were just good buddies.

Later in an interview with E-news in 2017 when Bolton was inquired about his dating life, his statement dropped a bomb that nobody expected.

No, he didn’t come out as gay or mentioned about dating his dance partner; instead, he clarified that he would like to go out on a date with a fellow 24th season Dancing With The Stars contestant Normani Kordei, who is a part of the musical group, Fifth Harmony.

Despite the revelation, the pair has not gone on a date just yet, most probably because of their busy schedules. But fans are fans; they are still waiting for Bolton to go out on a romantic outing.

Bonner’s Height, Age, And Net Worth

Bonner is a favorite athlete among the ladies, all thanks to his handsome face and splendid height of 5 feet 11 inches(1.8 m).

When it comes to his work credits, he performed as stunt double for Scott Eastwood in The Longest Ride and as himself on Can I Hang?

Moreover, to increase the net worth of this athlete, which already dwells in millions, he was signed as a model to IMG company.