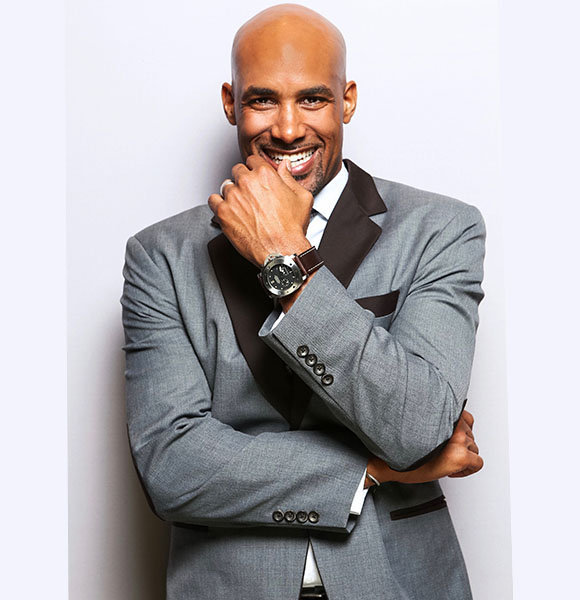 Actor-turned-entrepreneur Boris Kodjoe is a man of many talents. Boris has been in the entertainment industry for more than two decades, with his name credited on classics like The Last Man on Earth, House Of Cards, and Grey's Anatomy.

Despite his hectic schedule, Boris has managed to strike the right balance between his career and personal life. He still lives a happy life with his wife for more than one decade.

Boris is one of those few lucky people who get to enjoy a perfect relationship in Hollywood. He has been with the same woman for almost two decades.

Borris started dating fellow actress Nicole Ari Parker in the early 2000s. The duo took their relationship to the next stage in 2005 by tying the knot on 21st May that year.

Just a few months before their nuptials, Borris and his wife became parents to their first child, a daughter named Sophie Tei-Naaki Lee Kodjoe. Then, they added another member to their family, a son named Nicolas Neruda Kodjoe, on31st October 2006. Boris and his wife, Nicole, have been an example of an ideal relationship in Hollywood. During their 17 years in marriage, they have not been any subject of rumors or controversies.

With the support of his family, he became one of the renowned actors in the industry.

You May Like:- Project Pat Real Name, Net Worth, Wife

Boris grew up in Vienna, Austria, alongside his siblings - two sisters, Nadja and Lara, and a brother, Patrick.

The actor moved to the states for his education and attended the Virginia Commonwealth University on a scholarship. He graduated in 1996.

Just like his personal life, the actor has been fortunate enough to have a successful career.

Boris first appeared on the screen back in 1995 on a video short in TLC: Red Light Special. However, the actor managed to keep himself relevant throughout the years.

In 2005, Boris was cast in The Gospel, followed by Alice Upside Down two years later. After which, the actor lent his talent to Starship Troopers 3: Marauder and Surrogates in 2007 and 2008, respectively.

The working actor is busy with the production of Nicole and O.J. as the lead role of O.J.Simpson as of now.

Apart from his acting career, at the age of 49, Boris has now ventured into the industry of technology. Alongside his brother, the actor has developed a fitness app called KOFIT.

With his rewarding almost three decades in the entertainment industry, Boris has established himself as one of the elites in Hollywood. Yet, for all his hard work, the actor has been able to garner a net worth of $5 Million. Interestingly, his wife also has accumulated the same net worth as him. She is worth $5 million.

Stay tuned to get more updates on Boris Kodjoe.