Brad James: 5 Reasons Why His Future Girlfriend Will Be Lucky 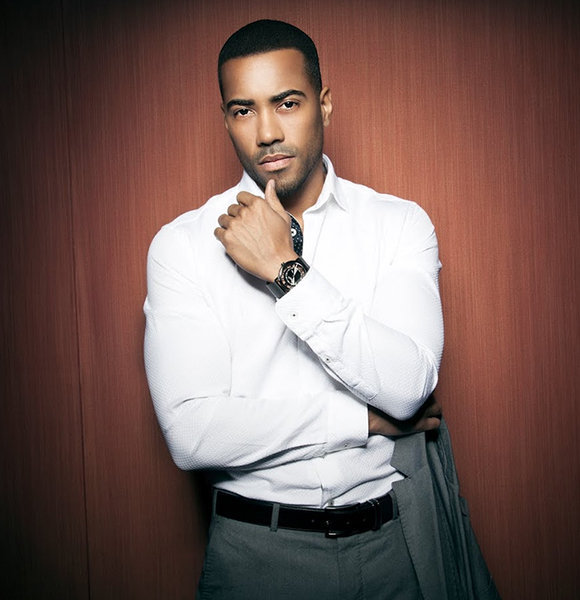 If you have a long list of celebrity crushes, you probably have the name of the well-known American actor Brad James, who is perfect, be it looks or career.

The single actor Brad is the Prince Charming, who stands at the top of the dating lists for his thousands of admirers. Whether a full-fledged career or hulk body, Brad James has several reasons to make his future girlfriend lucky.

If you're aspiring to know more about this handsome star, we have crunched down the five reasons you surely don't want to miss!

Who would not want a boyfriend who is audacious and protective enough?

Well, the American actor Brad is not only daring but also holds the ability to protect the family as he has got the military experience as well.

During his time in Marine, the forty-year-old Brad learned all the fighting skills, hand-to-hand combat, line training, and Brazilian jiu-jitsu. His military experience and fighting skills gleam in his healthy physique too.

On the show, he portrays an ex-U.S. Marine army, who returned home after 16 years of duty.

If you are looking for muscles to guise, James has got it all amazing looks, amazing abs, and the complexion that fixes the gazers.

The actor is strictly health-conscious and adapts to a healthy lifestyle. The actor himself flaunts his killer abs on social platforms.

Brad took Instagram to flaunt his ripped body back on October 19, 2017, which he captioned:

Brad is not a rookie in the dating game. He dated the TLC singer and ex-girlfriend Rozonda Chilli Thomas in 2015, who is ten years older than him.

His bond with his singer girlfriend was to such an extent that he even went to his girlfriend's son’s high school graduation when in the relationship. However, the reign of James’s dating life with ex-girlfriend Chilli ended in 2016, though the duo hardly spoke any words about it.

Before the singer Chilli, Brad had a serious relationship with former girlfriend Jasmine Burke. However, despite their seriousness, Jasmine did not turn up to be Brad's wife. Well, isn’t this appealing to his future girlfriend to know that her man knows all the pros and cons of romance?

The former Marine was never a renowned actor to start with. In his early twenties, Brad was wandering on several professions and was finally hooked on acting. He explains his first experience about how he went for acting as,

“I was walking in Atlanta and a woman stopped me and asked me to attend an audition.I was chosen for a part, but she wasn’t. We still became friends.”

“Acting is something I always wanted to do. But I didn’t know how to get started in Augusta.”

Brad landed his first success from his debut movie “Champion Road,” playing the lead as John Merser. No wonder he was his own stuntman for the film, taking the time he spent for gym and health.

He later worked on the projects like 'Meet the Browns,' 'Vampire Diaries,' 'One Tree Hill,' 'Let's Stay Together,' 'Reed Between the LInes,' 'For Better or Worse,' and 'Devious Maids.' He was even nominated for Best Actor at the 2013 Georgia Entertainment Gala.

As of now, Brad is involved in a big project, a TV series named 'Superstition'(2017).

James’s antics never come to an end. There is no question about him as a serious actor, and as a cherry on the cake, James is just humble and borderline shy for the achievements he gathered.

He demonstrated that by turning down an offer from the show “Most Eligible Atlanta.”

The offer was too good to lose, but the actor chose to focus more on his movie and TV works.