By LRU Writer | On: November 05, 2019
Brett Azar is one of the rising actors...got his first shot to fame...appeared in various movies and TV shows...born in...his impressive physique... has competed in various bodybuilding competitions...grew up fanboying over Arnold Schwarzenegger...dream came true in...reprised his breakthrough role in the latest terminator saga, TERMINATOR: DARK FATE... 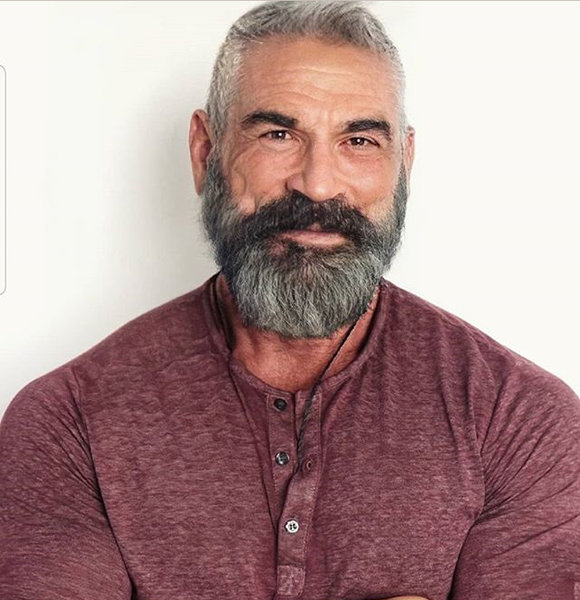 Brett Azar is one of the rising actors in the realms of action movies.

A lifelong fan of Arnold Schwarzenegger, Brett got his first shot to fame after being selected as a body double for the famous T-800, portrayed by his idol Arnold, himself in Terminator Genisys.

After that, Brett has appeared in popular films like Teenage Mutant Ninja Turtles: Out of the Shadows and Central Intelligence, apart from the movies, he has also had roles in TV shows, including Jessica Jones, Gotham, and The Blacklist.

Brett Azar is quite a desirable man because of his fitness and masculine built. Over a short time, he has garnered quite a fan base for himself. Needless to say, his admirers are always curious about his girlfriend and dating affairs.

However, to their dismay, Brett is not available at the moment. The 32-year-old fitness enthusiast is in a serious relationship with girlfriend Brandi Knisley. It may come as a surprise to many, but Brett is a hopeless romantic. He never shies away from showcasing his love for his lady through his social media.

You May Be Interested:- Tony Horton Wife, Gay, Net Worth, Workout

Not much is known about how the lovely couple met and how long they have been dating, but from their PDAs on social media, the couple seems to be going pretty strong. However, the loved-up pair is yet to get married. From their closeness, it won't be a surprise if the two pronounce each other husband and wife in the future.

Born in Boston, Massachusetts, U.S, Brett Azar is a New Year's baby. That's right! He is one of those people who gets to celebrate his birthday on New Year's Day.

Although not much has surfaced about Brett's family, his mother is artist Suzanne Munroe, and he also has a brother named Brenden Azar. And from his social media posts, the actor seems to be very close to his family.

Speaking of his impressive physique, Brett stands at the height of 6 feet 2 feet (1.87 m) and a complimenting weight of 120 kgs (265 lbs). With such a well-toned body, he has competed in various bodybuilding competitions, including the prestigious National Physique Committee (NPC) Championship.

Since his childhood, he grew up fanboying over Arnold Schwarzenegger and dreamed of being like him someday.

Eventually, his dream came true in 2015 when he was selected to play the young Terminator in the movie Terminator: Genisys as he had a fifty-inch back that matched the measurements of younger Schwarzenegger. In the movie, Brett did all the action scenes that were used as a reference for young Arnold.

Many might not even consider that his real break since a digital character eventually replaced him. However, being selected as a motion model for terminator was what paved his way in Hollywood.

After that, Brett has appeared in various movies and TV shows. Further, he also reprised his breakthrough role in the latest terminator saga, TERMINATOR: DARK FATE.