Who Is Brianne Howey Husband? 'The Passage' Star's Bio

By LRU Writer | On: January 02, 2019
American actress, Brianne Howey is having the all the fun in her life...Along with a professional success from over the edge performance in movies and TV shows like...the Southern California native is set to appear in a cut-throat thriller in 2019, The Passage... 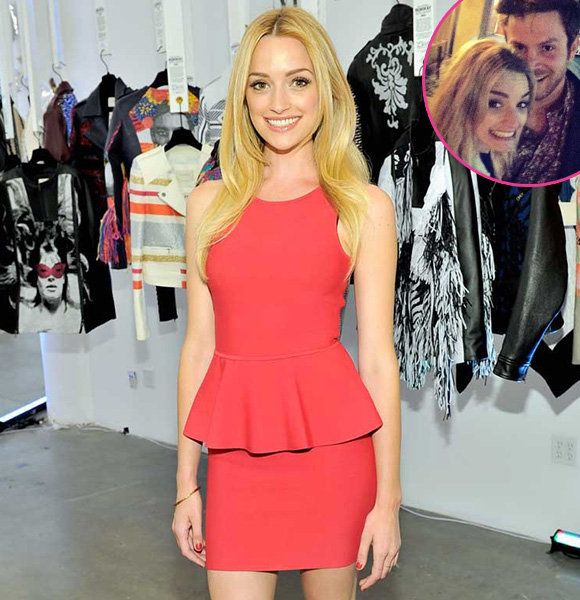 American actress, Brianne Howey is having all the fun of her life!

With a professional success from her over-the-edge-performance in movies and TV shows like Horrible Bosses 2, The Middle, Criminal Minds, The Exorcist, and more; the Southern California native is set to appear in a cut-throat thriller in 2019, The Passage.

Interestingly, her budding success is complemented by the blissful relationship she has with her partner of years.

Well, Brianne is not married but she undoubtedly has a husband-like-partner in her life.

She first mentioned her boyfriend during an interview in November 2014. The actress cited that she lived with her partner and enjoyed watching movies with him. Also, she revealed that she saw the trilogy of Before Sunset with him. Later, it came to the light that her boyfriend goes by the name Matt Ziering.

Brianne and Matt are so in love. Ther affection has always been visible in their social media posts. On 1st November 2015, Matt shared an Instagram post where the couple dressed up as Karl and Cameron from There's Something About Mary for Halloween.

Further, Brianne's lover and possibly her future husband shared a romantic post for Valentine's Day 2016. He quoted Brianne as the "girlfriend of the year."

Similarly, on Brianne's birthday on 24 May 2018, Matt posted a beautiful picture of his lover enjoying a cool drink. Brianne and her boyfriend love to travel to different destinations and make memories. For instance, they enjoyed a romantic getaway in Melbourne in July 2018 and bade farewell to 2018 from the Beaver Creek Mountain.

The adorable pair has not disclosed any plans for getting married yet, but looking at the longevity in their relationship, Brianne and Matt may not take much time to pronounciate each other as husband and wife.

Born in La Canada Flintridge, California, Brianne grew up among her four siblings. The oldest child in the family, Brianne's parents divorced when she was young. Nevertheless, she is close to her parents and family and often loves spending time with them.

Brianne did a couple of odd jobs at a hair salon and a coffee shop before becoming an actress. But, since she rose to fame playing Emily alongside Brock Ciarlelli on two episodes of the hit show, The Middle, there's been no looking back.

Further, she appeared in the 2014 hit movie, Horrible Bosses 2. Now, Brianne is set to star in the 2019 Fox show, The Passage. The upcoming series will star the actors like Mark-Paul Gosselaar, Saniyya Sidney, Genesis Rodriguez, Jennifer Ferrin, and Britt.

The Passage - based on a post-apocalyptic society - will highlight the story of a young girl Amy Bellafonte (Saniyya Sidney,) who can communicate with human-turned-zombies called "Virals."