By LRU Writer | On: March 04, 2020
Brittany Daniel's twin sister is a former actress...As per Brittany, when she visited her husband's home in Palo Alto, she was struck by a...A year later, Brittany ventured towards married life by tieing the knot with...best known for her performance in films and TV show such as Joe Dirt (2001)... 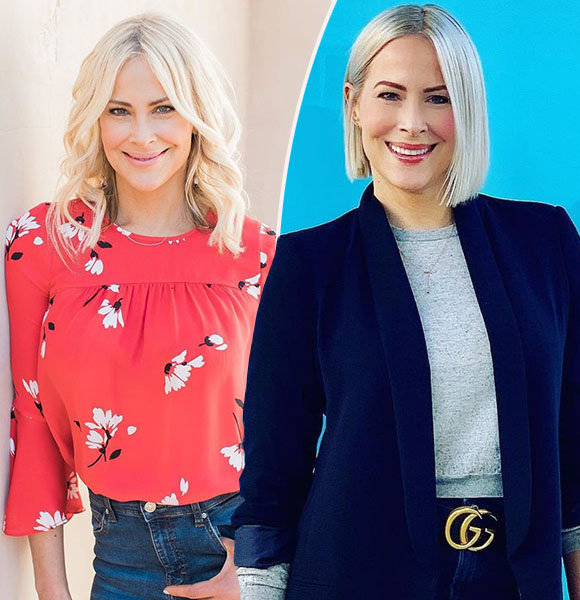 Actress Britanny Daniel is best known for her performance in films and TV shows such as Joe Dirt (2001), Sweet Valley High (1994), and Little Man (2006). The latter two projects were among the crucial ones in her acting career.

Brittany is married to California-based broker and attorney Adam Touni. She first met him while celebrating the 4th of July in 2016 at the Bungalow Bar in Santa Monica, California, where Adam caught her interest after finding him cute. The two clicked and eventually started dating. Moreover, during the actress' interview with People magazine in August 2017, she shared about the first time she realized he was the one.

As per Brittany, when she visited her husband's home in Palo Alto, she was struck by a painting hanging on his bedroom wall that featured a girl reaching out for ballon.

The painting also had a text written on it that read "there will always be hope" that really hit her on a deeper level. So, she found him very sensitive and was immediately inclined towards him.

Finally, on Christmas of 2016, Brittany's boyfriend, Adam, proposed to her with a diamond ring. He put forward the question after a romantic four-mile hike, and the artist shared the news of her engagement the next day through her Insta handle flaunting her ring.

A year later, Brittany ventured towards married life by tying the knot with her fiance in an intimate ceremony. They held their wedding on 29th July 2017 in Carondelet House, a traditional Italian villa in downtown Los Angeles. About 150 guests attended the pair's auspicious day, including Brittany's twin sister, Cynthia Daniel Hauser, who was also the maid of honor.

Brittany's twin sister is former actress Cynthia Daniel (born on 17th March 1976), who is 5 minutes older than her.

Cynthia is best known for roles in movies such as The Basketball Diaries (1995), That '80s Show (2002), and Sweet Valley High (1994). But, she stopped acting after Sweet Valley High (1994) was canceled in 1997 and instead pursued a career in photography. It became the artist's line of interest as she preferred it more than acting.

As of today, the photographer has been married to actor and producer Cole Hauser since 2006. They have three children altogether; Ryland, Colt Daniel Hauser, and daughter Steely Rose Hauser.