By LRU Writer | On: July 22, 2019
Caitlin Carmichael was born to parents...celebrates her birthday on...boasts the height of...major movies and tv shows include...made acting debut at the age of...sparked dating rumors with boyfriend... 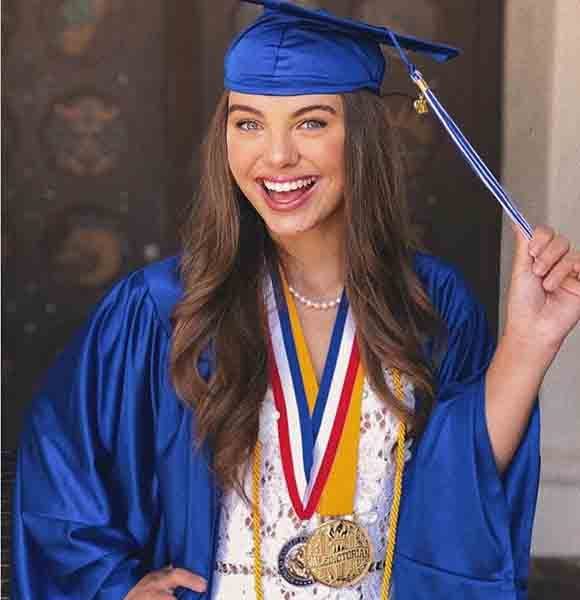 Born in Georgia, Caitlin Carmichael along with her family moved to California at an early age. Over time, she developed a passion for acting.

At the young age of three, Caitlin began taking dancing lessons. Meanwhile, she learned gymnastics too. By the time she turned four, she was already auditioning for roles while being homeschooled.

In 2008, a four-year-old Caitlin made her on-screen debut with a role the American sitcom, In the Motherhood. She followed it up by appearing on Mystery ER, Criminal Minds, and 10 Things I Hate About You.

With every passing year, Caitlin roles on TV shows inched closer to the lead status. After appearances on shows including True Blood, Hot In Clevland and It's Always Sunny In Philadelphia; she starred as Kyra in the Stephen King's Bag of Bones.

In 2014, the Suburgatory actress landed a lead role in the series, The Chosen. Chicken Girls and Z Nation are other notable TV shows starring Caitlin.

Over to the big-screen, Caitlin began her foray into the world of movies with the 2010 film, Backlight. The following year, her critically acclaimed role in the short flick The Mis-Informant earned her a Young Artist Award nod.

The Wicked, Unmatched and Bedbug are her notable short films. Meanwhile, films including 300: Rise of an Empire, Teacher Of The Year, Martyrs and Wheelman featured Caitlin either in a supporting or a lead role.

With Boyfriend Or Single?

Caitlin's on-screen romantic endeavors are commendable. Her chemistry with Sloane Morgan in the 2019 film Dwight in Shining Armor, in particular, created a buzz.

Beyond on-reel love affairs, Caitlin once shared alleged romantic ties with actor/singer, Connor Finnerty. After the Chicken Girls star and her rumored boyfriend attended a Rams game and prom together in 2018, the story of the two being an item spread like wildfire.

Amid the dating rumor, Connor took to Instagram and flaunted actress Siena Agudong as his girlfriend. The move inadvertently put the gossips involving him and Caitlin to bed. As of July 2019, Caitlin appeared every bit single and might not be much interested in dating as she has focussed all her time and energy on her acting career.

For her blistering acting career, Caitlin has no one but her parents - father Tom and mother Catherine Carmichael - to thank. If not for their continuous support, she would've never made it as an actress.

Courtesy of her parents' lineage, the former iCarly actress probably identifies as belonging to the Caucasian ethnicity.

Caitlin was born in 2004. A Cancer by birth sign, the Young Sheldon actress celebrates her birthday on 2nd July every calendar year. Celebs whose birthday falls on the same day as her include soccer star Alex Morgan and Instagram sensation Mikey Barone.

At aged 15, Caitlin stood five feet and four inches (1.625 m) in height. Once the puberty hits, her height and weight should grow exponentially.