By LRU Writer | On: July 08, 2019
Cameron Boyce Just A Young Actor With Alleged Girlfriend And Gay Rumors. The ultra-cute actor, Cameron Boyce, won people with his charm and got along with his co-stars and most everyone well. That might be one of the prime reasons why the rumors of his romantic link up with beautiful girls kept swirling the media despite being single. 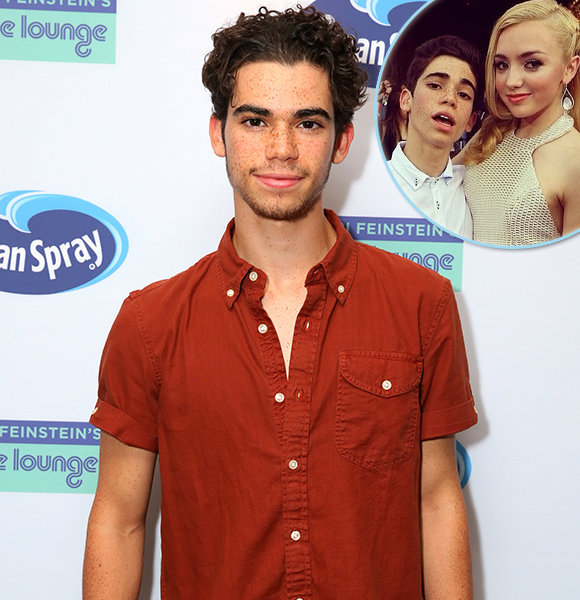 Disney CEO Robert Iger confirmed the Descendants actor's death via Twitter. In his tweet, he stated that the company was mourning "the loss of Cameron Boyce."

In a separate statement by Disney, its spokesperson painted Cameron as a talented performer and "dedicated son, brother, grandson and friend." As for the cause of Cameron's death, a spokesperson for the Boyce family divulged:-

"He passed away in his sleep due to a seizure which was a result of an ongoing medical condition for which he was being treated."

Brena D'Amico, Cameron's once-rumored girlfriend, took to Instagram to mourn the loss. She admitted to being speechless upon learning about the tragedy.

Hollywood is an illustrious film fraternity filled with excellent and talented artists that persist regardless of their age. One does not have to be in a particular period to be a part of it as long as they have exceptional acting skills.

Among those countless young talents that exist in Hollywood, late actor Cameron Boyce was one of them.

The talented actor had impressive skills. Apart from that, he had exciting dating rumors as he got romantically linked with pretty girls amidst gay stories.

Cameron Boyce was one of the celebrities who preferred to keep his personal life, and dating rumors close to his chest.

The ultra-cute actor won people with his charm and got along with his co-stars and most everyone well. That might be one of the prime reasons why the rumors of his romantic link up with beautiful girls kept swirling the media despite being single.

He lived in an age where even a post on social media like Instagram and YouTube was enough to ignite a spark suggesting that two people are dating. He always fell victim to that. The actor had posted a video with his colleague Dove Cameron revealing each other's worst habits on YouTube.

Based on that video, people started assuming that the two were dating in real life while that was not the case. They just worked together in Descendants 2. Moreover, he also got linked to Descendent co-star Brenna D'Amico. The couple met each other on the movie set, and that is where the romance sparked. But neither Brenna nor Cameron confronted anything on that matter.

Before Brenna and Dove, the late actor dated his Jessy co-star Peyton List. The couple started dating back in 2012 but called off their relationship in 2015 without disclosing the reason behind their breakup.

The actor got linked to several pretty girls, but in an interview—with himself—he revealed that he finds dating very gross and also added that it's hard to find a girlfriend.

Due to the lack of his dating interests and one solid girlfriend in the past, people assume him to be gay. He did support the LGBT community. The actor is single at the moment even though he has a handful of link ups floating online.

Cameron was born in Los Angeles on May 20, 1999. He was the son of Libby Boyce and Victor Boyce. He grew up in LA along with his sister Maya and a dog named Cienna. Boyce started modeling at the age of 7 at various paper ads for Disney Store, Wilsons Leather, and K-Mart.

"I think every child actor has that moment where they're like, 'OK, I'm not the same person that I was and you guys need to see me as something different.I thought about sort of like, not escaping, but transitioning out of that mold for a long time."

As a young and talented actor, he brought exciting stuff to the table.