Cameron Mathison Family With Wife: Covered In Sweat, That's How It Started

By LRU Writer | On: September 11, 2019
Every couple has a story to share of how they met and fell in love, but most of them are boring old tales about meeting in a line of Starbucks and getting their orders misplaced...Actor Cameron Mathison and his wife also have a story of their romance; however, it is much more interesting and athletic than their usual counterparts...The pair, who share similar interests, fell in love during one of the thrilling pastimes which they experienced together...Married for several years now, the couple was destined to be together and raise a family of their own. 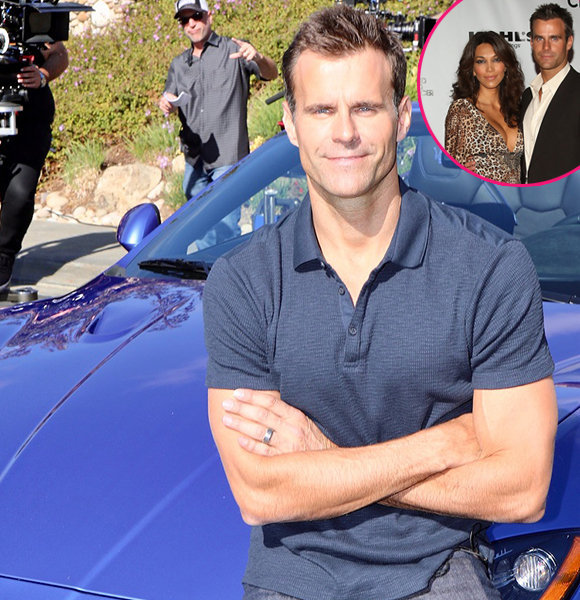 Every couple has a story to share of how they met and fell in love, but most of them are similar old tales: meeting in a line of Starbucks and getting their orders misplaced or meeting through a friend.

Nevertheless, Actor Cameron Mathison and his wife's story is much more exciting and athletic than typical love myths. The pair, who share similar interests, fell in love during one of the thrilling pastimes they experienced together.

Married for several years now, the couple was indeed destined to be together and raise a family of their own.

Cameron gave up his bachelor status a long time ago and is living a happily married life with wife of years.

He first met his wife, Vanessa Arevalo in the early 2000s when they took up a ski trip. While skiing, the actor realized that he was madly in love with Vanessa and even hoped to marry her someday. With the likeness, they started dating.

Later, as a couple, the pair took a trip to the Vail Mountain located in Colorado. By the time they reached the summit, both Cameron and Vanessa were sweating and tired. But, the exhaustion all faded away as the Washed Up actor surprised his girlfriend with a marriage proposal.

Vanessa immediately accepted his loving gesture and affirmed to begin a new chapter in their life. So, Cameron and his partner got married via a romantic wedding ceremony attended by friends and family on 27 July 2002.

Two weeks after the wedding, Cameron's wife became pregnant with the pair's first child: a son named Lucas, who was born in April 2003. Soon after his delivery, the child had complications and had to be admitted to the ICU for a while. Nevertheless, with loving parents by the side, he recovered. He is in good health now and is pursuing his high school education.

Adding the family bliss, the Mathison's welcomed the fourth member of their family: a daughter named Leila in 2006. Despite remaining married for nearly 17 years, Cameron and his wife's love for one another show no decline. In fact, it has been multiplied with the presence of their children, a handsome son and a daughter, who is soon to enter her teenage

Cameron suffered a degenerative bone disease from his birth. He wasn't able to even walk until he reached the age of seven. But, battling the odds, he has now long recovered from his illness.

Survivor Of Such-Like Illness:- Jayne Kennedy Now Free From Illness? A Glimpse At How The Actress Looks Like in 2017

His disability taught him a valuable life lesson which was always to give the primary focus to his health. He started participating in weight-lifting and other physical activities, maintaining his healthy life, and keeping his weight in control.

Cameron currently weighs around 190 pounds and possesses a tall height of 6 feet and 2 inches. His body fitness even helped him in his acting career. To this day, he has acted in several movies and TV shows including All My Children, 54, CSI: Crime Scene Investigation, What I Like About You, See Jane Date, and more.

Next Chapter in Life

Cameron, who already suffered a life-threating disease earlier, was back once again with a heart stomping news for his fans.

On 10 Septemeber 2019, appearing oh his show Home and Family, the fifty-year-old host opened about his battle with renal cancer which was existent in his right kidney for ten years. However, Cameron was not aware of the fact until a month ago when he diagnosed his body for a gut issue. Taking the story to his social media, the Hallmark Channel host tanked his family members, children, and close friends who supported him in his tough time.

Furthermore, he explained the situation in detail and also dropped the date of his surgery, which is scheduled for 12 September 2019. Having faced a similar despairing situation previously, Cameron looks forward to coming back even healthier after his surgery.