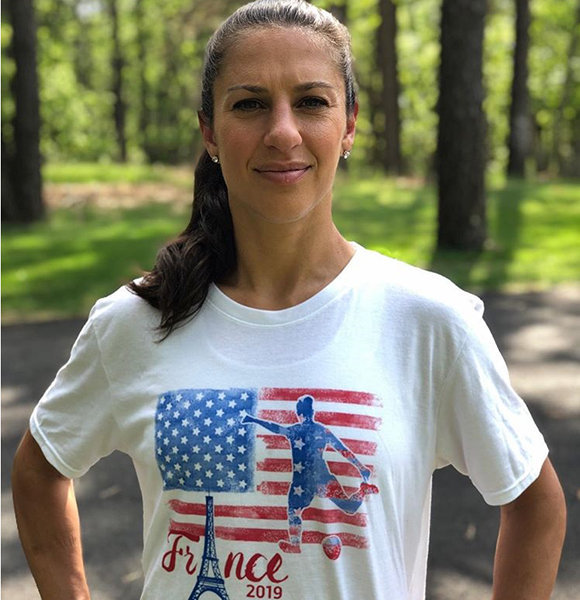 Carli Llyod is to women's soccer what Ricardo Kaka is to the world — a midfield maestro capable of chipping in with crucial goals.

The US international played an instrumental role in securing back to back (2008 and 2012) Olympic gold medal wins for her country. In both finals, she managed to register her name on the scoreboard.

Carli's most significant contribution to the US soccer came during her MVP performance at the 2015 World Cup. She made the tournament history by becoming the first woman to bag a hattrick.

Following the heroic showing at the 2015 World Cup, FIFA named her the Best Player Of The Year. A year later, Carli retained the title.

Touted as the favorite to win the 2019 World Cup, Carli & the co recieved backlash for celebrating excessively during their 13-0 thrashing of Thailand. In the very next group stage match-up against Chile, she silenced the critics by doing the golf clap after scoring a goal. Her rebuttal elicited outrage.

Contrary to the suggestions, the golf clap celebration was Carli's homage to her husband Brian Hollins, a professional golfer.

Highschool sweethearts Carli and Brian began dating in 1998. Fifteen years of courtship culminated in the pair getting engaged in 2013. After three years as an engaged duo, they got married in a beachfront wedding in Mexico. Carli Llyod gets carried by her husband Brian Hollins at their wedding in 2016 (Photo:- Carli Llyod's Instagram)

Married in November 2016 at the Dreams Riviera Cancun Resort and Spa, the soccer player and the golfer's wedding was a low-key affair. Only 79 of their closest friends and family attended the event. John Johnson, Carli's longtime associate, officiated the ceremony.

Being together for so long, Carli and Brian still maintain competitiveness; well, for laughs and giggles only.

Carli was born in July 1982 to biological parents: Stephen and Pamela Llyod. Hailing from the family of five, the New Jersey native is siblings with Stephen and Ashley. However, she is no longer on speaking terms with her family.

At age 5, the midfield maestro picked up her first pair of soccer boots and never looked back. During her years at Delran High School and Rutgers University, she practiced the sports religiously.

Playing for W-League sides, Carli built a strong resume. And when women's professional soccer got introduced in the US, she went on to play for Chicago Red Stars, Sky Blue FC, Atlanta Beat, Western New York Flash, Manchester City, and Houston Dash.

With five feet and ten inches (1.70 m) height, the 36-year-old soccer star made her international debut in 2005 by playing against Ukraine. As of July 2019, she netted 113 goals for the US international team.

A pioneer in professionalizing women's soccer, Carli advocates for equal pay. In 2016, she even penned an article putting forth her argument in The New York Times.

As she argues, her salary - at both international & domestic league level - doesn't do justice to her contribution. Having played soccer almost her all life, Carli boasts a meager $500 thousand in net worth.

Thus, Carli represents the best of both worlds. On the one hand, she can appear sexy and hot like the rest. On the other, she possesses enough courage to speak against the sexist system that's plaguing the soccer.