By LRU Writer | On: September 15, 2019
Popular for appearing in Playboy magazines, Carmen Electra cashed in...Given the intensity of the relationship, the pair decided to get married via...Post the early demise of her marriage, Carmen returned to the dating scene. She was linked to... 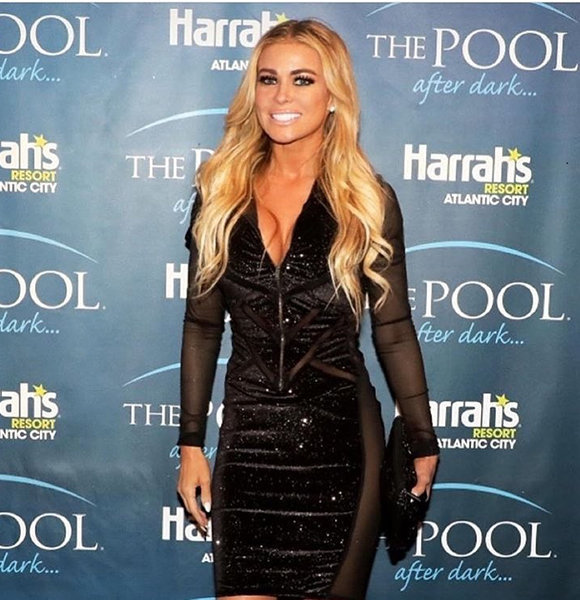 Renowned for appearing in Playboy magazines, Carmen Electra cashed in on the popularity and launched a sucessful career in Hollywood. Her notable roles include playing Lani McKenzie in the Baywatch TV series and part in movies like Epic Movie, Disaster Movie, and Bedtime Stories.

Carmen’s dating life has been a rollercoaster ride. In 1998, she began dating NBA star, Dennis Rodman. Given the intensity of the relationship, the pair decided to get married via eloping to Las Vegas.

Although the marriage seemed romantic at the time, it turned into a tragedy as the pair parted ways in just six months. According to Carmen, their relationship was intense as the highs were very high, and the lows were the worst. Plus, the year, the pair got together, the Playboy model’s mother had died from a brain tumor, and Carmen was in a path of self-destruction

Post the early demise of her marriage; Carmen returned to the dating scene. She was linked to various celebs, namely Fred Durst, Tommy Lee, Vin Diesel, and Mark McGrath from 1999 to 2001.

However, it was her romance with Red Hot Chili Peppers alum Dave Navarro which caught significant eyeballs. The couple started dating in 2001. Slowly, their relationship progressed into a stronger bond, and the pair got engaged in February 2003.

In November of the same year, the event was televised on MTV’s show, Til Death Do Us Part: Carmen & Dave.

Interestingly, the former couple are friends to date. The model and her ex-husband wish each other on social media for their birthdays. According to Carmen, Dave is her eternal love, although the pair are no longer romantically involved. Carmen Electra shares a picture with her ex-husband Dave Navarro, on the occasion of his birthday in June 2019 (Photo: Carmen Electra's Instagram)

As for the model’s dating life, she was linked to TV star, Clifton Collins Jr. in 2018. But, she didn’t confirm the conjecture about her alleged boyfriend.

Given Carmen’s long romantic history with the opposite sex, lesbian rumors about her might surprise many. However, the gossip stemmed from a leaked video back in 2009 which featured the model in an intimate moment with a mystery brunette girl.

Surprisingly, the tape was later suspected as promotional work for her upcoming projects.

Carmen (real name: Tara Leigh Patrick) grew up in a loving household in the care of her parents; Harry Patrick and Patricia Patrick. She also had her older sister, Debbie Patrick in her family.

Carmen was influenced by her musician father and singer mother early on. According to the model, her mother was very keen on her learning dancing. The solid woman set an example of a strong woman as she owned a black-belt in jujitsu.

Sadly, she passed away in 1998 due to a brain tumor. Alas, Carmen's mother couldn't see her daughter become successful in Hollywood and enjoy a net worth of $16 million.

The Playboy fame model boasts a magnificent body. Carmen stands at the height of 5 feet two and a half inches (1.59 m) along with a weight of 57 kg.

As for Carmen’s body measurements, she has 37-25-36 inches and a US dress size eight. Further, the 47-year-old boasts a shoe size of US six for her average-sized feet.