By LRU Writer | On: February 15, 2019
What better way to celebrate Valentine's Day than getting married to the man/woman of your dreams? Brittany Furlan has just done that... The Vine star, age 32, announced that she and her boyfriend Tommy Lee had tied the knot on 14th February 2019 via Instagram... 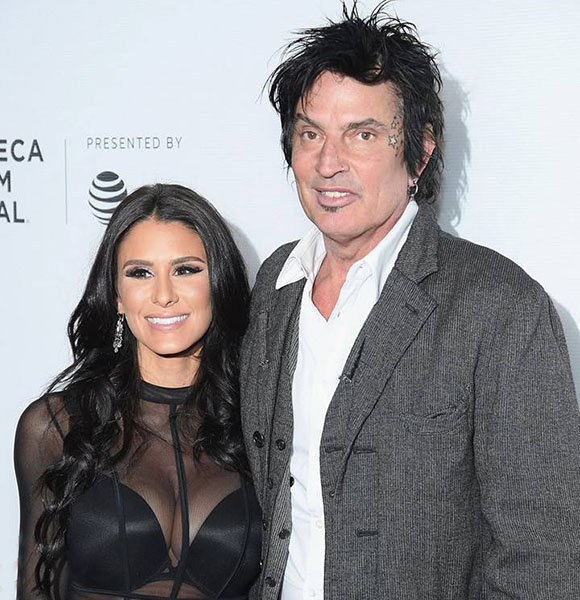 What better way to celebrate Valentine's Day than getting married to the man/woman of your dreams? Brittany Furlan has just done that.

The Vine star, age 32, announced that she and her boyfriend-cum-fiance Tommy Lee tied the knot on 14th February 2019 via Instagram. Taking to the said social media, she uploaded a snap of two dogs in a wedding dress with the caption that read:- Brittany Furlan shares an image of two dogs in a post that doubled as a marriage announcement (Photo:- Brittany Furlan's Instagram)

Her now-husband & the Motley Crue rockstar, Tommy reciprocated a similar excitement when he professed disbelief in the fact that they had gotten married on the Valentine's Day.

Another Intimate Wedding Of 2019:- Liam Hemsworth & Miley Cyrus Are Married! A Wedding Over Christmas

To their fans dismay, neither Brittany nor her groom has shared photos from the wedding. The details of the ceremony - assuming it was an intimate one - isn't public knowledge. It is interesting to note that none of the married duo's friends and family has chimed in on the celebration.

In the preceding days before the wedding, the 32-year-old Vine star dropped specific hints about getting hitched. One day before the big day, she gushed about her wedding dress. She even jokingly tweeted about her gown not possessing any pocket for snacks.

Two days before that, Brittany shared how she went from being depressed and lonely to getting married in a matter of four days. Life indeed is a trip!

To the American Meme star and her musician husband, Valentine's Day holds a special place in their relationship. After all, it was on the very day in 2018 that the now-married duo got engaged. Posting a video, wherein Brittany showcases her heart-shaped engaged ring, on Instagram, Tommy asked the world to "say hello to the future, Mrs Lee."

Nevertheless, this is Tommy's fourth time walking down the aisle. Before Brittany, he was in a marital relationship with former Playmate Pamela Anderson - with whom he shares two sons - from 1995 to 1998.

Also, between 1986 and 1993, he was married to Heather Locklear. Likewise, the 56-year-old's first wife is Elaine Bergen. German rapper Sofia Toufa was all set to become his fourth, but the split in 2016 halted that.

Not as experienced with relationships as her husband, Brittany has had dealt with a fair share of heartbreaks. In May 2015, she announced her singlehood by revealing that her four-year-old engagement to boyfriend-cum-fiance Randal Kirk came to an end.