By LRU Writer | On: March 22, 2019
American actor, Casey Moss rose to fame starring in the long-running show, Days of Our Lives...The series didn't only set up a platform for Casey to achieve more but also helped him boost his love life... Having first met his girlfriend on the show, Casey and his partner are now inseparable...The two lovebirds are a perfect match for each other, and no one can deny it... 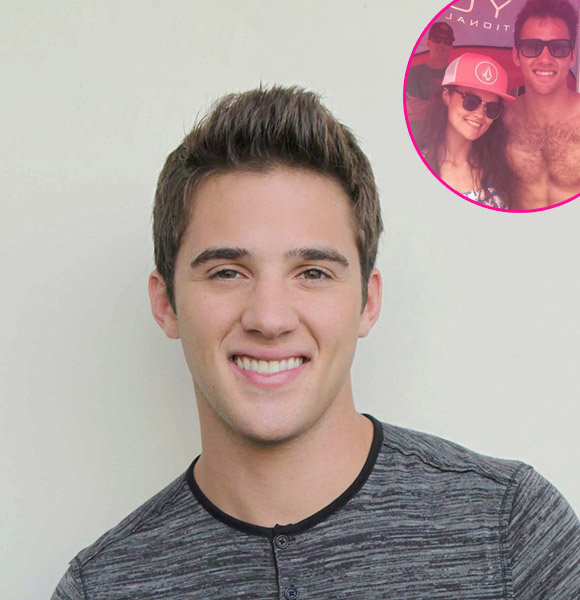 American actor, Casey Moss rose to fame starring in the long-running show, Days of Our Lives. The series didn't only set up a platform for Casey to achieve more but, also helped him boost his love life.

Having first met his girlfriend on the show, Casey and his partner are now inseparable. The two lovebirds are a perfect match for each other, and no one can deny the fact.

Casey is dating his former Days of Our Lives co-star, True O'Brien. Although the pair has been together since 2015, they initially kept their romance low-key.

Casey and his girlfriend's relationship only became public after a year.

Over the years, the couple's romance has grown significantly. Casey even supported True when she won the Daytime Emmy Award in the Outstanding Younger Actress category in 2016. The award ceremony was one of the many events where the duo could be spotted showing their love for each other.

Married To Co-Star?:- Who Is David Visentin Wife? Everyone Thinks He Married Co-Star, Is It True? Casey and his partner have made no plans on getting married, but the couple's fans are rooting to see the duo tying the wedding knot soon.

While Casey leads a healthy relationship with his actress girlfriend now, there was a time when he was single.

Back in 2014, when Casey had not yet started dating True, he was supposed to be without a lover. He enjoyed singlehood; took a trip to Ibiza, Spain and posted shirtless pictures on Instagram.

Not Going Shirtless:- House Of Cards' Joel Kinnaman Secretly Turned His Girlfriend Into Wife! is That The Reason Why He Won't Go Shirtless? His actions led many to believe that Casey was a closeted gay man, who was trying to send secret signals to his fellow gay men. However, the theories were soon dismissed when Casey announced his relationship with the beautiful True O'Brien.

Although Casey was born in Hanford, California, he - alongside his parents and younger brother moved to Chandler, Arizona - at a young age. Casey migrated to Los Angeles with his father to pursue a career in music when he reached at the age of 16.

After taking acting classes, Casey's interest shifted to performance art. He got his breakthrough playing JJ Deveraux in the soap opera, Days of Our Lives. For his performance, Casey was also nominated in the category of Outstanding Younger Actor in a Drama Series at the Daytime Emmy Awards in 2018.

Further, he starred in movies and web shows like Youthful Daze and The Last Champion.

Arrested For Shoplifting:- 'The Mighty Ducks' Actor Shaun Weiss Arrested; What Made Him Shoplift?

The tall actor, who possesses a height of nearly six feet, also has a criminal history. Back in 2015, Casey was arrested in Phoenix after he tried to attack a bartender. Casey, now 25, was then released on bail.