Chance Sutton, 21 And Dating? Not A Cheater!

By LRU Writer | On: March 11, 2018
Chance Sutton, 21 And Dating? Not A Cheater! Aspiring YouTuber with the virtue of a wicked sense of humor and handsome looks, Chance Sutton, has raised questions among his fans regarding his dating status. In fact, his previous relationship caused his fans to lash cheating allegations on him as he did leave his fans something to ponder about. 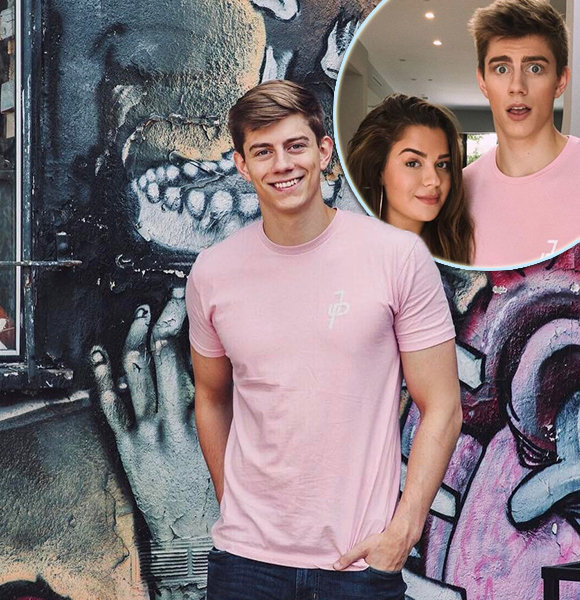 Aspiring YouTuber with the virtue of a wicked sense of humor and handsome looks, Chance Sutton, has raised questions among his fans regarding his dating status. In fact, his previous relationship caused his fans to lash cheating allegations on him as he did leave his fans something to ponder on.

Interested in knowing more? Here are the facts gathered up for you!

Chance Sutton, at the age of 21 has a life full of pranks and fun. Apart from his humor, his fans are very eager in unraveling the mystery behind his dating status.It has come to notice that Chance has a girlfriend, a fellow web star who goes by name Alex DeLena.

The two haven't flaunted their romantic union much, but they sure are in love.

Besides, his current love life, Chance was dating fellow YouTuber, dancer, Tessa Brooks. They began dating in March 2017, and the fans even gave them a shipping name, "Chessa" which is a combined name for Chance and Tessa. Well, they did post pictures together on their Instagram and also appeared in youtube videos together.

However, their romantic relationship could not last long as they announced their break up the same year while sharing that the reason for their break was to preserve the friendship they shared.

Chance was accused of cheating on Tessa by his fans after the couple announced their break up and their social media accounts got hacked.

Although Tessa did not witness much harm, Chance had his controversial content leaked in the social media. The hacker had Chance's DM's with FaZe Banks leaked in the Twitter. In the DM's Chance was accused of cheating on Tessa with other girls. Banks wrote,

“Your new chick Mallory has been to my house 100x and love that d*ck…holy f*ck I’m crying…I can’t believe it. It’s all g, I’d cheat on Tessa, too.”

His fans even questioned if the power couple "Chessa" was ever real.

However, in a video posted in August of 2017 in his channel, Chance denied that he ever cheated on Tessa. After the break up the two seemed quite comfortable with each other keeping their relationship limited to being friends.

Chance Sutton was born on 2 September 1996 in Lakewood, Ohio. His parents raised him along with his siblings, one brother, and three sisters. However, Chance has not opened up much about his family life with his fans.

Nevertheless, Chance with his smokey grey eyes and ash blonde hair has earned a lot of fans. Chance who is famous for his YouTube channel "Chance and Anthony" alongside his friend Anthony Trujillo. They joined youtube on 13 Mar 2017 and now has amassed over 2.4 million subscribers as of now.

Chance initially developed a following on Vine and often featured in videos alongside his best friend, actor, YouTuber, Jake Paul. Moreover, Chance is a member of the widely popular social media group Team 10 including Erika Costell, Nick Crompton, and few others.