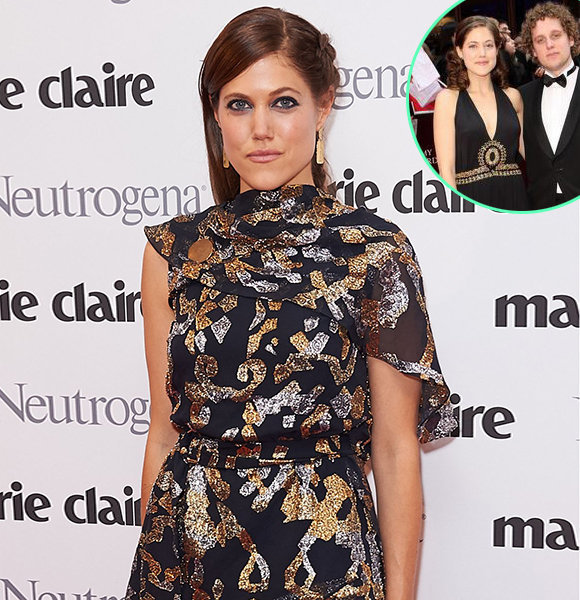 English actress Charity Wakefield began her acting career as a child actor with the amateur dramatics school production of Sleeping Beauty in 1987.

Beginning her career at the young age of seven, after 18 years of struggle into the entertainment industry she met her husband while starring on the 2005's play The Graduate.

Since she has two great fathers in her life, she feels blessed to have a great family along with the supporting husband.

Dating After "The Graduate"

While she was hurdling between her work and education, she met her husband David Newman in 2005. During that time, she had no time for boyfriends as she was struggling to pay the rent and food by working three-weekend jobs.

She first met David Newman when they both were starred in a stage version of The Graduate at the New Vic Theatre in Stoke-on-Trent. She portrayed the role of Elaine Robinson, which was her first lead role while David played the role of graduate Ben Braddock.

You May Also Like:- Robert Ri'chard On His Way To Get Married To Co-Star Cougar Girlfriend Or Already Dating Someone Else?

But the pair did not start dating on their first meeting. She explained to Dailymail in 2009 that they started dating only after a few months.

"We started going out a few months later when we met again at the Edinburgh Festival."

For Charity, 2005 was a memorable year. She not only met David but was spotted in a New Voices project for 18- to 25-year-old actors, directors, producers, and writers at the Old Vic in London.

"But we will. Eventually" To Being Engaged; Wedding After Being Together For 11 Years

Born to the photographer father Andy and a mother Caroline, her parents were already separated before her birth. So, raised by the single mom, they shifted to Spain to live with her grandparents.

As she spends her childhood in Spain until she was four, she is a bit known with the Spanish language. While filming the 2012's movie Day of the Flowers in Cuba, her boyfriend of a decade proposed her with the diamond engagement ring on the set of the movie.

But while she was describing her belongings in 2013 which is more like a treasure and memories to her, she shared an origami crane snap made her husband David Newman when they first met. Also in that article, it was mentioned that she lives in London with her fiancé David Newman.

Though they were engaged, they had not made their wedding plans, but she exclusively claimed that "But we will. Eventually."

With their busy life in the entertainment industry, they also manage to have some personal time. Charity's fiance, David Newman announced his girlfriend's new role in the series The Other Boleyn Girl via tweet back in January 2015.

After sharing the romantic relationship for 11 long years, Charity Wakefield got married to her fiance David Newman on 4 June 2016. With their happily married life, the couple celebrated their first new year as husband and wife in 2017. She took to Instagram sharing the picture with her husband writing:

"Happy New Year lovely people! Here's to peace and hope and love in 2017, Pic taken at #joolsholland #hootenannywhere #christineandthequeens, #gregoryporter #chakakhan and #ragandboneman are lighting a path to a beautiful New Year."

Celebrating the new year together graced with them landing the new roles into the entertainment industry. She congratulates her husband for landing the role in the 2018's TV series A Discovery of Witches.

She took to Instagram with the picture of her husband in September 2017 expressing her excitement and best wishes to her husband. Since the couple has been married for two years, they have not disclosed their plan have children. As she is more close to her mother and a flight attendant younger half-sister Olivia, she disclosed in 2015 that one day she hopes to have a daughter.

She wants her daughter to be independent, well-read, healthy like her sister and an honest and open person like her mother. The 37 aged actress further gushed about her children plan:

"I want them to be strong and free-spirited, which is how I was raised."

Also, Charity, who stands at the height of 5ft 5 inch, wished to be parents as she stated that her friends have already started to have children and she would like to join them very soon.

"It’s what happens when your friends start having children and I’d like to join them before too long."

Well, Charity and her husband now reside in the Southeast London, and it seems they will welcome they're first born very soon.