By LRU Writer | On: May 21, 2019
Bursting into the music scene in 2008 with "!Franchesckaar!" and "Emelline," Charli XCX became a household name not just in the British aisle but the entire world... For the level of success that she enjoys, Charli maintains a relatively low-key dating life... 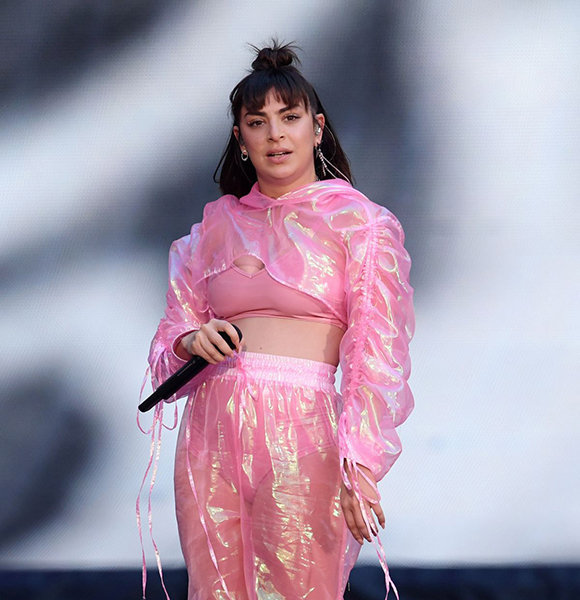 Bursting into the music scene in 2008 with "!Franchesckaar!" and "Emelline," Charli XCX became a household name not just in the British aisle but the entire world, that too at a tender age of 16!

Now in her mid-20s, the Cambridge England-born singer/songwriter garners two studio albums, two extended plays, and two mixtapes under her belt along with her subsequent chart-topping singles Break The Rule, Boom Clap, 1999 and Boys.

But despite the outstanding level of success, Charli maintains a relatively low-key dating life, which will be the topic of discussion of this article.

In her early years as an aspiring pop star, i.e., before the release of her debut album, Charli found a kindred spirit in fellow creative Ryan Andrew.

From The British Aisle:- Nicole Scherzinger Affair With Boyfriend Now; Who Is She Dating Now?

Her then-boyfriend Ryan, a Welsh filmmaker by trade, was 11 years older in age, because of which the public at large was very skeptic about the duo's love affair.

But the age difference was not the only reason for the skepticism, the main reason was the Girls Night Out songstress still dwelling in her teens when she first began dating Ryan. Charli XCX and her then-boyfriend Ryan Andrew attend The World Premiere Of Elfie Hopkins in London in 2012 (Photo:- Gettyimages.com)

Despite the negativity surrounding the romance, she and her once boyfriend forged a long term bond and even collaborated in five music videos. On a side note, Ryan's other notable achievement includes taking acid with Billy Idol.

But, as Charli began to gain more traction, their relationship hit a turmoil. And by the year 2014, the old flames had broken up. Talking about the split with her then-longterm boyfriend Ryan in 2015 interview, she revealed:-

“It was really cool because we were living together and continuously talking about me and my world and my music videos. It was great for me but not so great for him. It probably led to our break-up. We were just too consumed by Charli XCX every second of the day.”

After separating from Ryan, the former Asylum Records artist took a revolutionary approach to life - in that she kept all her romantic ties a public affair.

By her admission, Charli is too busy with her musical career ever to contemplate married life with a husband and children. Perhaps, music is what consumes all her time and energy.

Now, working on her yet-to-be-named third studio album, the Fancy hitmaker's devotion to honing her musical talents is second to none. Recognizing the very trait, Full Stop Management signed her in April 2018.

Both as a recording and touring artist, she has built an impressive empire. Though there is not an accurate figure to describe her multi-million net worth, the fans got an insight into her burgeoning fortune when she splashed $2.8 million on a luxurious Hollywood Hills Home.

Born as Charlotte Emma Aitchison on 2nd of August 1992, Charli comes from a well-to-do family. Her father John Aitchison was a businessman while her mother was a flight attendant and former nurse. She describes her parents as "cool people."