By LRU Writer | On: April 30, 2019
For pop sensation Jade Thirlwall, third time inadvertently proved to the charm... After failing to leave a mark on previous two attempts (2008 and 2010), she along with the member of the all-girl musical group Little Mix won the 8th season of The X-Factor in 2011... Perhaps, the same is true of her romantic life. Well, read along to find out... 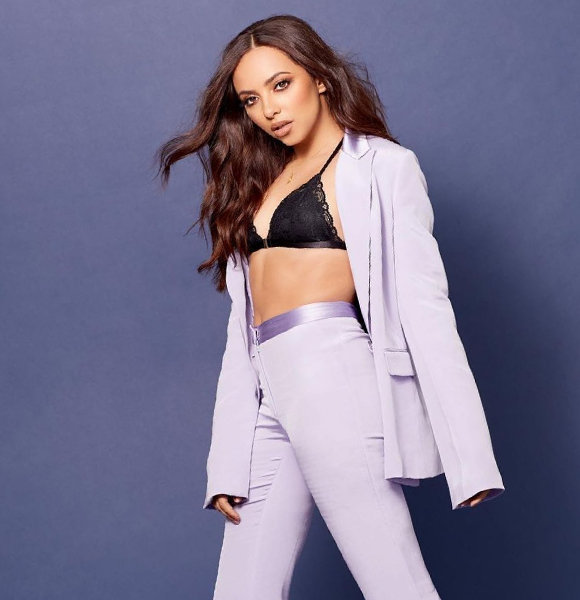 For pop sensation Jade Thirlwall, third time inadvertently proved to be the charm.

After failing to leave a mark on previous two attempts (2008 and 2010), she along with the member of the all-girl musical group Little Mix won the 8th season of The X-Factor in 2011.

Perhaps, the same is true of her romantic life. Well, read along to find out!

Dating & Affairs - Is Third Boyfriend "The One?"

The British pop singer's love affairs - for the most part - have all played out publically.

A year after the X-Factor win, in April 2012, she began dating Diversity member Sam Craske. While together, the duo even fended fake engagement rumors.

Jade and her dancer boyfriend Sam were an item for two years before the breakup in June 2014. Speaking afterward, the latter blamed his childish ways behind the split.

Then came musician Connor Ball. She and The Vamps’ bassist dated briefly in November 2015.

Like her X-Factor journey, Jade seemed to have struck gold with her third attempt. By her admission, the affair with The Struts bassist Jed Elliott was "love at first sight." Therefore, she was the one, who did the chasing. The Woman Like Me songstress and her third known boyfriend Jed commenced dating in January 2016 and have been together ever since. Despite the conflicting touring schedules, the lovebirds' love for one another never ceases to grow.

In many ways, Jade represents the best of both worlds. And, it's something that reflects on her diverse ethnicity.

A native of South Shields England, the pop singer identifies as belonging to mixed ethnicity because of her family background. Her father James Thirlwall is English while her mother Norma Badwi is of Yemeni and Egyptian descent.

Now age 26, she has a brother named Karl.

Besides admirable lineage, Jade boasts equally impressive physical features. Therefore, it's hard to imagine that she battled with anorexia nervosa growing up.

As a teenager, Jade dealt with body image issues and even wished to go under the knife. But, now that she's all grown up, she loves every inch of self - even her self-stated "small b**bs and bums."

For her, the body is a temple. Therefore, she has engraved her body with meaningful tattoos. The ink - inscribed in Arabic - down her spine translates “Anyone can achieve their dream if they’ve got courage.” Her other know tattoo includes an outline of a heart on her ankle.

A low-maintenance individual, the Black Magic hitmaker refrains from using shampoo and applies oils on her hair to combat dryness. Sensing the needs of fans, Jade and fellow Little Mix members launched their first ever makeup line called LMX in September 2018.

Behind Jade's Net Worth

Distributed by Boots in limited numbers, LMX makeup line offered affordable products to the keen fans. Even the highest kit in the collection cost as little as $50.

Since neither of Little Mix members are short on money, the decision to not overcharge the fans is understandable. Jade alone boasts a reported net worth of more than $6 million.

Net Worth Of Another X-Factor Alum:- Who Is Susan Boyle? America's Got Talent New Singing Sensation

In 2019, Jade and her groupmate Leigh-Anne Pinnock signed a lucrative worldwide publishing deal with Sony/ATV.