By LRU Writer | On: October 08, 2018
Not only did Charlotte, age 43, withstood the curse but...In September 2018, she celebrated ten years wedding anniversary...her family life with her husband and baby daughter seemed to have reached new heights...By all means, the wedding was a family affair... 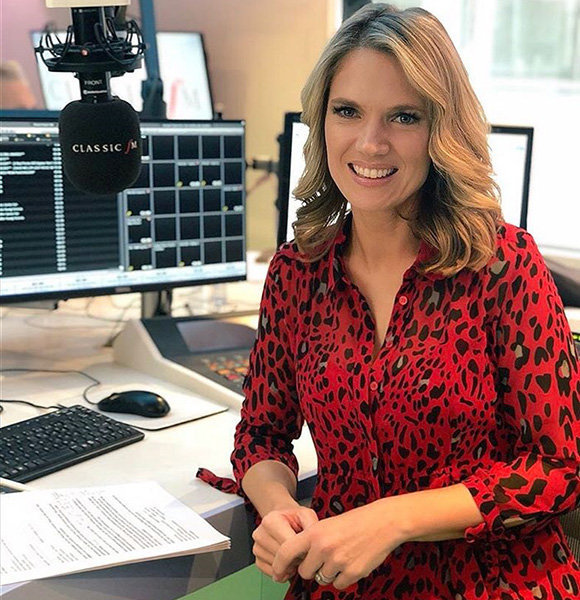 As expected, soon after the announcement, the internet went in a frenzy mode. The fans of Strictly Come Dancing were anxious to know if the so-called Strictly cursed would derail Charlotte's marriage to her husband of 10 years.

Not only did Charlotte, age 43, withstood the curse but ever since her participation in the famed dancing competition, her family life with her husband and baby daughter seemed to have reached new heights. In September 2018, she celebrated ten years wedding anniversary with her husband.

The so-called "Strictly Curse" began with Brendan Cole, Strictly Come Dancing's in-house professional dancer, and his celebrity dancing partner, Natasha Kaplinsky -- both of whom left their respective partners for each other after the completion of the show.

Since then, there have been numerous incidences of dancing partners leaving their real-life partners for each other.

So, when the Good Morning America presenter was paired up with Brendan for the 2017 edition of the famed dancing reality show, it created quite a commotion. So much so that few of her fans grew anxious with the fear that their idol might leave her husband of then nine years for Brendan.

Charlotte soon doused the baseless presumptions in an exclusive interview with Daily Mail. She said:

"One of the things I get asked about most is the "curse of Strictly", but it's not an issue as we're very happily married."

Her husband, Mark Herbert acknowledged the need to put out a tantalizing show in front of the judges for her progress and even provided Brendan with a seal of approval in the same interview. He said:

"It's really important they get on - there needs to be quite a bit of chemistry there for their dancing to be good. Brendan is a really nice bloke - I'm very happy with him as a choice."

It's this blind trust between Charlotte - who stands 5 foot and 7 inches(173 cm) in height - and her husband that has kept their marriage afloat for over a decade. One of the reasons why the pair has been able to keep their wedding vows strong is because of the shared struggle they faced while conceiving their first born, Ella Rose. In a 2017 Mirror interview, the Manchester University Alumn revealed:

"We tried for a few years, and I’d got to the stage where I was worried because it just wasn’t happening. It was a stressful time."

Baby Ella Rose was born on 8th February 2015, about six and a half years after their wedding.

Glorious Wedding Pictures From The Day Of Wedding

In hindsight, Charlotte's wedding to Mark was a mere taste of the kind of great things that would be in stores for the duo shortly. As grand as their marriage has turned into in recent times, their wedding marked the beginning of it all, a Genesis if you will. On 24 August 2008, Charlotte and her husband, Mark shared their wedding vows in Chichester Cathedral.

Read Also:- Did Eddie Huang Get Married to the Girlfriend He Got Engaged to? Find Out Along with Other Interesting Facts

Co-incidentally, it is the same church where her father works as clergymen. Charlotte walks next to his father with hand in hand on the day of her wedding (Photo:- barriedownie.com)

By all means, the wedding was a family affair. After all, the minister at the ceremony was none other than Charlotte's uncle.