By LRU Writer | On: September 26, 2019
Chris Heria is the man behind the launch of fitness programs like... also provides accessories related to fitness, including gym wears, workout equipment and gives tips on...has neither accepted nor denied being in a relationship or married with the...inclined towards his childhood hobby and traveled across different places to be part of several... 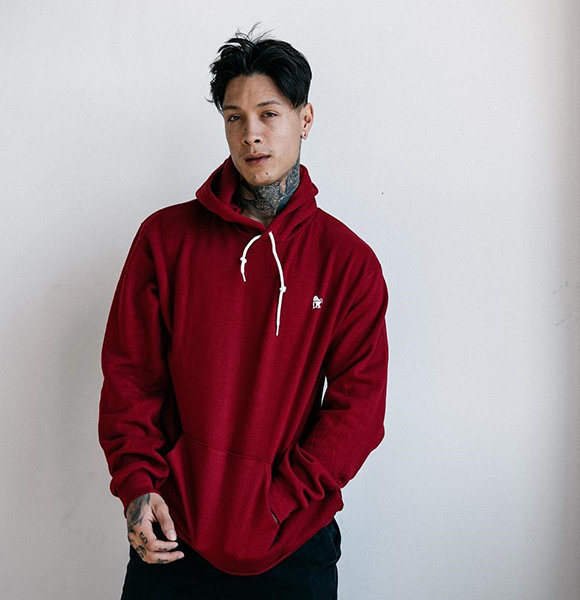 Chris Heria is the man behind the launch of fitness programs like ThenX, Calisthenics Academy and Calisthenics Evolution Institute.

The fitness instructor turned entrepreneur went onto drive his passion for developing a healthy body into a localized platform, through his self initiated fitness app, ThenX.

Not only that, but he also provides accessories related to fitness from his official website chrisheria.com, which includes gym wears, workout equipment. Further, he also gives tips on how to maintain a stable diet plan via the website.

As widely recognized as Chris is for his healthy lifestyle and immaculate knowledge about fitness, his personal life is still a mystery.

The ThenX CEO is a master secret keeper when it comes to his dating life insights. He rarely gives out any information about his relationships. Though once in 2013, he posted a picture alongside a woman- who goes by Instagram account, @arod_vanwild-  on his Facebook and called her his girl.

However, Chris has neither accepted nor denied being in a relationship with the lady. Amidst the mystery surrounding his personal life, the gym enthusiast being a loving father to his child is common knowledge. Well, he is reportedly a single father to a son named Zen Heria-born in 2011. Interestingly, the whereabouts of the child’s mother is unknown, which makes it even confusing whether he is married to a wife or not.

Chris Heria was born as Christian D. Heria in Florida. Ever since a young age, the fitness guru was into physical training. Along with active fitness activities, he also continued his studies and attended St Brendan High School.

As days passed by, the Florida native deviated towards his childhood hobby and traveled across different places to be part of several fitness competitions.

And, his family also supported him. Soon tasting success, he started his fitness school called Calisthenics Academy in 2015, where he showcased his experience in the same field.

Now, at a young age of 27, he is one of the prominent names in the world of fitness.

Going ahead in life, Chris Heria’s main mantra of success has been fitness.

At the beginning of his career, he was a participant in a fitness competition all around the world. Finally, he got a big break when he was recognized and selected to become a sponsored athlete for BarStarzz.

Further, he went onto represent the USA in the Street Workout Championship in 2015 and got the exposure he much deserved. Getting inspired by the same, he started posting fitness videos and blogs since 2013 in his self-titled YouTube channel and website.

Now earning from the same, he has managed to accumulate a hefty net worth for and continues to expand his brand.

For a fitness expert like Chris, his primary wealth is his healthy and stellar body.

He measures at the height of 5 feet 9 inches (1.79m) and weight of 75kgs. To maintain a massive body like his, Chris consistently follows a strict diet and workout routine.

Other than his exhausting workout routine, he is also into tattoos. His whole upper body is covered with a tattoo which compliments his body very well.