Who Is Chris Martin Girlfriend Now? His Dating Life Details

By LRU Writer | On: March 08, 2021
Chris Martin is the lead singer of the band Coldplay...he started dating his girlfriend in...the pair first met on...Chris was married to actress...they decided to get a divorce in...kids with his wife...Chris enjoys a net worth of...and his height extends to...at the age of...while he was at the preparatory Exeter Cathedral School...to study Ancient World Studies... 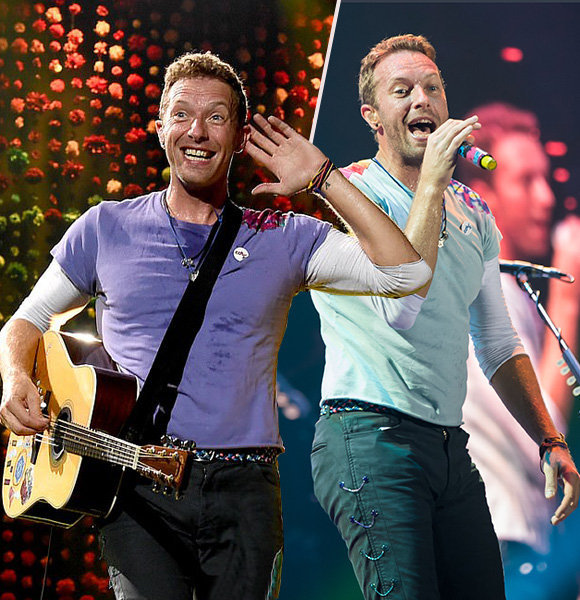 Ever heard your ex helped you to have a better relationship with someone else.

Well, you might have watched it in movies or even might have heard it in songs, but British pop singer Chris Martin has been through a similar scenario in his life.

Get to know what actually happened and find out the highs-and-lows of the 44-year-old's relationship. The two were first introduced to each other through mutual friends.

The dating rumors of Chris and Dakota surfaced in October 2017. The couple had been spotted together multiple times on different occasions in late 2017. And after two months, a source confirmed to Us Weekly that the two were officially together. The insider told the two had gotten to know each other really well and were very comfortable with one another. Chris even sent his music to Dakota to get her opinion. Well, that's more than just a fling.

During that time, a separate source reported that Chris was drawn to Dakota's free spirit.

Moreover, the pair also has matching tattoos; both of them have an infinity sign tattoo with two Xs on their left elbow.

Amidst their relationship, pregnancy rumors also swirled in October 2018; they threw a party where pink and blue party balloons were spotted. But later, Dakota clarified that it was just a normal birthday celebration and not any gender reveal party.

However, news of their split soon followed in June 2019; the reason was that Chris wanted to start a family with Dakota, while the actress wanted some more time to think about it.

But, the couple couldn't stay apart for too long, and in August 2019, they were back together. Interestingly, Chris's ex-wife played a huge role in their reunion. Paltrow was the one who pushed the couple to rekindle their romance. "Gwyneth is happy if Chris is happy. She only wants the best for him," a source exclusively revealed.

Then at the end of 2020, Dakota was spotted with a huge ring in her left hand while shopping for the holidays. This sparked speculations of a possible engagement; however, neither of them has confirmed the rumors.

As of now, the couple is closer than ever after three years of dating. The singer and the actress have been living together in Malibu in a mansion worth $12.5 million since his purchase in October.

The singer was married to Iron Man actress Gwyneth Paltrow for ten years. Further, Chris called it quits with his wife in March 2014. The reason for the split was their busy work schedules, and the decision was a mutual one.

After the split, Paltrow married television writer Brad Falchuk in 2018.

The two are really close friends and are on excellent terms, even after their divorce on 15th July 2016. Chris and Dakota often visit Paltrow and her husband Falchuk for Sunday dinner in L.A.

Talking to The Drew Barrymore Show in September 2020, Paltrow opened up about co-parenting with Chris and how their relationship is better than before. She said,

You're ending a marriage, but you're still in a family. That's how it will be forever. Some days it's not as good as it looks. We also have good days and bad days, but I think it's driving towards the same purpose of unity and love and what's best for [our kids].

Last Jan, she also revealed how much she loves having Dakota in her life. She just adores her. "I always start to think of the ampersand sign — what else can you bring in, instead of being resistant to or being made insecure by? There's so much juice in leaning into something like that," she told Harper's Bazaar.

The Hymn For The Weekend singer went on to date Hollywood actress Jennifer Lawrence after his divorce.

They started to date in August 2015 and stayed together for two years before splitting in 2017.