By LRU Writer | On: January 26, 2020
Chris Sullivan's married life...his wife is also the co-founder of Brightshift, a firm that specializes in...ultrasound report of their upcoming baby...at the age of...Weight Loss Issue... goes through a dramatic weight loss through the workout and... the winner of the prominent award including...the prominent role of the character, Toby Damon...wore a prosthetic suit... 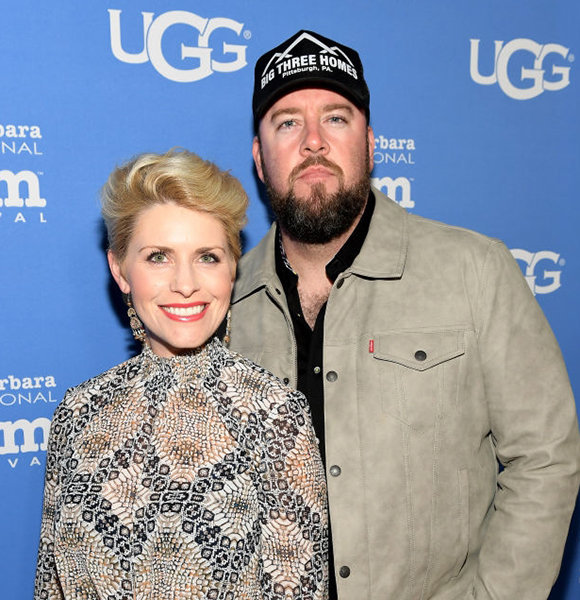 Actor Chris Sullivan rose to fame following his recurring role in NBC's This Is Us. In 2016, he was even nominated at the Primetime Emmy Award in the category of Outstanding Supporting Actor in a Drama Series.

Apart from being an actor, he is a producer as well. He served as the producer for the indie movie, STUCK, The King In The Ring & The Pooka, released in 2019.

Chris is married to Rachel Reichard. She is a producer behind short movies, including Prelude (to Chadora) (2008), Sugar (2008). and The Pooka (2017). His wife is also the co-founder of Brightshift, a firm that specializes in providing team building workshops for individuals and organizations.

The two have been married since 2010 as they exchanged their wedding vows on 20th June that year. Following the marriage, the couple ventured towards being parents after almost a decade. On 24th January 2020, the actor and his wife announced that they were expecting their first child along with the picture of the ultrasound. Moreover, the star revealed the gender of his upcoming baby as a boy.

In the series, This Is Us (2016), Chris plays the prominent role of the character, Toby Damon. Until season three, the audience saw Toby's appearance as quite bulky with some weight issues. And, in season four of the show, his character went through a dramatic weight loss through workout and exercises.

Interestingly, many fans took it for granted that the performer had some considerable weight issues in reality as well. But this wasn't the case, and Chris actually wore a prosthetic suit to appear bulkier. As a result, many fans were outraged and expressed their anger through social media platforms such as Twitter.

However, the actor came to his defense in October 2017 during an interview at Watch What Happens Live With Andy:

I think one, that the show is just too good, they had to find something wrong with it. Two, I can understand why people feel fooled by things they see on TV. Three, I feel like we're currently living in a culture where the outrage is a bit of a hobby for some people, and, if they're not outraged about something, they're totally bored.

Even his co-star, Chrissy Metz, fended the decision by citing that Chris "understands the plight of being overweight."

Some Facts About Chris Sullivan Including Age: