Retired Christian Ponder Contract & Salary That Shapes His Net Worth

By LRU Writer | On: February 10, 2021
Out of contract former NFL quarterback Christian Ponder 's fall from grace...His career which spanned over six years and four NFL outfits saw Christian, age 30, amass impressive net worth by... the said Minnesota-based NFL side tabled a hefty contract for his signature...His deal with Raiders' pocketed him $2.25 million in salary...he credited his wife, who is the host of Sunday NFL Countdown, for leading him...Christian's stats and numbers at Raiders, Broncos, and 49ers have no bearing on his NFL stats... 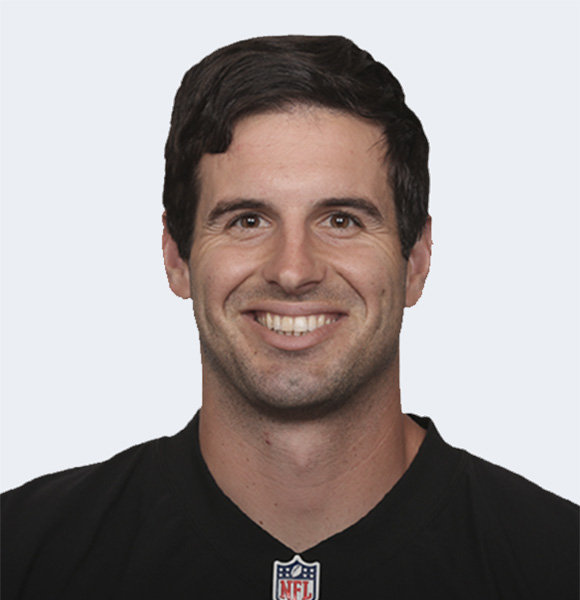 Out of contract former NFL quarterback Christian Ponder's fall from grace has been noteworthy. Like many of his predecessors who get into the NFL on the back of a successful college career, the Dallas native too failed to leave a mark on the game.

His career, which spanned over six years and four NFL outfits, saw Christian, age 32, amass impressive net worth by signing million-dollar contracts with six-figure salary despite putting mediocre numbers on the stats board.

Today, he's, by default, a retired NFL athlete under the tutelage of his wife.

Drafted by Minnesota Vikings in the 2011 NFL Draft with the 12th overall pick, Christian was dubbed as "the next" because of his impressive stats, playing college football for The Florida State University.

It's the same reason why the said Minnesota-based NFL side tabled a hefty contract for his signature. According to ESPN, the deal was for four years with a fifth-year option and was worth somewhere around $10 million.

Then in 2015, the Florida State University alum signed a one-year contract with fellow NFL franchise Oakland Raiders, which included a $1.5 million signing bonus. His deal with Raiders' pocketed him $2.25 million in salary that year.

Following the 2015/16 season's conclusion, he signed for the San Francisco 49ers, only to get waived 13 days later. Later, he signed a year-long contract with Bay Area-based NFL team San Fransico 49ers with neither signing bonus nor guarantees.

However, he did earn a hefty sum of $800 thousand in salary without even playing a solitary game for 49ers, which contributed to his ever-so-increasing 7-figure net worth.

His Wife, Samantha Ponder's Net Worth

Ponder's wife Samantha started her career at ESPN in 2011. At that time, she was 25 years old; Ponder was one of the three hires for ESPN's upstart Longhorn Network. There she featured stories, worked on the network's studio shows, and reported on events.  Talking to Variety, she said she did not want to be a sideline reporter. She said:

Frankly, I didn’t want that job. My dad was a high school and college coach, and in my house my dad muted sideline reporters because he wasn’t interested in what they had to say. My dad wasn’t sexist.

In March 2017, ESPN announced Ponder would replace Chris Berman on Countdown, a position she currently possesses.

To date, she has been a successful host for the show; however, she felt that the transition was awkward because the vibe around her was always 'You are lucky to be in the position you are.'

The atmosphere around her made her feel to accept the first offer made to her. Samantha explained that that is how a lot of women end up earning less than they should because of the gender-based income disparity.

As for her income, Ponder earns $4.9 million per year, which makes her net worth in millions.

Christian's stats and numbers at Raiders, Broncos, and 49ers have no bearing on his NFL stats as he didn't participate in even a single game with either of the three teams.

His stats with Minnesota Vikings remains his only contribution to the game.

Following the team's poor start with then-teammate Donovan McNabb, Christian made his debut on 26 October 2011 as a sub in a regular-season match-up against Chicago Bears.

His rookie season saw him start in 10 games and complete 158 out of 291 attempted passings with a completion percentage of 54.3%. The season after would prove to be the breakout season for the Dallas native as he notched 18 touchdowns and ended the season with a 63.6% pass completion percentage.

By the third season, Christian had cemented his position as the team's starting quarterback. But sadly, he could replicate neither the stats nor the performances from the earlier season.

That season he made a mere 34 rushing attempts and landed abysmal seven touchdowns. It was enough for then-Vikings head coach to sideline him as a third-string quarterback in the following 2014/15 season.

The 32-year-old hasn't played an NFL game since his last outing with Vikings in October 2014.

When his prospect of continuing his NFL career coming towards the end, Christian turned to his faith.

“With my faith going into the NFL, I honestly would think if I pray and get into the bible I’m gonna play well on Sunday. I was using God for myself, like that’s how it works."

Further, in his speech, he credited his wife, the host of Sunday NFL Countdown, to lead him closer to God. Their faith was put to the test in 2018 as the pair, who got married in 2012 after meeting via Twitter, had to go through the traumatic ordeal of watching their newborn baby daughter undergo surgery just moments following her birth.

Call it God's miracle or medical personnel's ingenuity, but their baby eventually survived.

Discover:- What Is Michael Cole, 'WWE Voice" Salary & Net Worth? He's Among Richest

Suffice to say: the Ponder family has been through a lot!