By LRU Writer | On: January 21, 2020
Christina Milian is a singer and actress known for...began dating boyfriend Matt from...announced that she was pregnant...welcomed her baby, son Isaiah on the 20th of January...shares a daughter with a former husband....born to parents who divorced...stands at the height of...Cuban-American ancestry...with the ethnicity of...known for her hit songs such as... 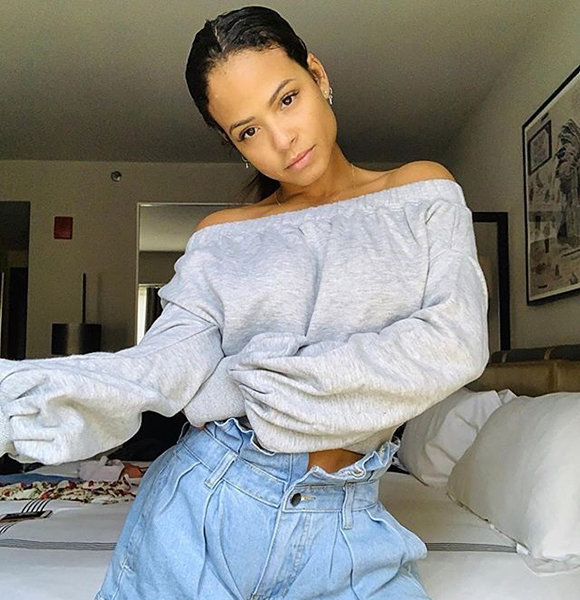 Apart from singing, she is also a talented actress. She has 71 credits for acting, most of which contain her appearing in her music videos.

Christina is dating another musician, the French singer, Matt Pokora. They have been going out since August 2017.

The couple met each other for the first time at a restaurant in France. And in November of that same year, Christina made her red carpet debut with Matt during the 2017 NRJ Music Awards in France.

Fast forward to about six months, and Matt decided that he wanted to be closer to Christina. So, he moved to Los Angeles, California, in mid-2018.

Then came July 2019, when the couple gave a nice surprise to their fans announcing that Christina was pregnant. In an Instagram post dated 28th July 2019, they also revealed that the baby was due in 2020. After a month of their pregnancy announcement, the couple did a gender reveal. Christina took to her Instagram on the 12th of August 2019 to post a picture of her and Matt together, covered in blue smoke, and let people know that they were going to have a baby boy.

Finally, in January 2020, the day that the pair were waiting for arrived.

Their son, Isaiah, was born on the 20th of January 2020. Both Christina and Matt took to their Instagram accounts to announce the arrival of their first baby. Her Past Relationships: Husband, Divorce & Children

Christina dated a lot of men before she finally found the one for her in Matt.

Then, she went out with Nick Cannon from 2003 to 2005, Andre Benjamin and Jamie Foxx in 2005, and ended the year with Eric Paul, with who she stayed with until sometime around 2006.

Now came her longest-lasting relationship until 2008 as she started a romantic companionship with rapper The Dream. They got together in September 2008 and got engaged to him in early 2009.

They went on to get married soon after their engagement, on the 4th of September 2009. She gave birth to her first child, daughter Violet, on the 26th of February 2010.

However, due to some personal reasons, they divorced. Their split was legally finalized on the 23rd of October 2011.

After her split, she dated Shawn Costner for a while in 2010 before getting together with her second future fiance, Jas Prince.

Christina and Jas Prince started dating in September 2010, and they stayed together for two years before getting engaged in April 2013. However, their relationship came to an end when on the 20th of June 2014, they called off their engagement.