By LRU Writer | On: July 05, 2021
As the daughter of a famous Hollywood duo, high expectations were placed on Cleo Rose Elliott...And although she didn’t disappoint with her career, Cleo’s violent incident with her mother led many to doubt if she is indeed the biological daughter of Sam Elliott and Katharine Ross...Find out if she is adopted along with other info of Cleo, including her age, net worth, family, height, and more! 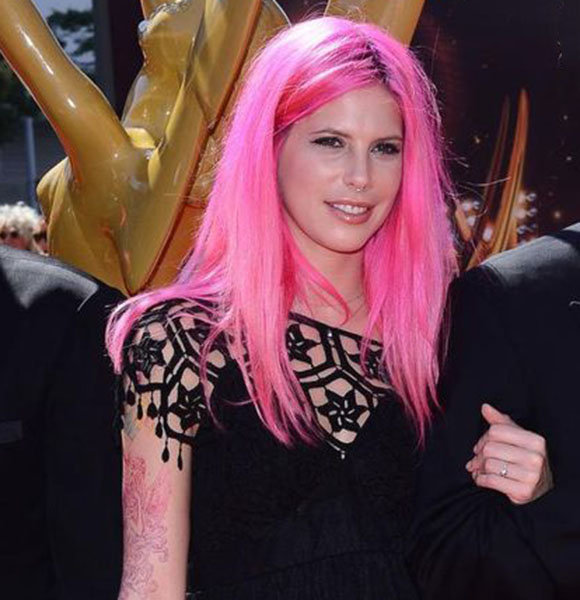 As the daughter of a famous Hollywood duo, high expectations were placed on Cleo Rose Elliott. Although she didn’t disappoint with her career, Cleo’s violent incident with her mother led many to doubt if she was indeed the biological daughter of Sam Elliott and Katharine Ross.

While many think otherwise, Cleo is, indeed, the biological daughter of Hollywood star couple Katharine Ross and Sam Elliott. She possesses the same ethnicity as her parents.

However, her constant feud with her mother led many to suspect that Cleo could be an adopted child.

Back in 2011, Katharine acquired a restraining order against her daughter after Cleo allegedly attacked her with scissors. Cleo was also accused of threatening to kill her mother. Further, Katharine claimed that her offspring had been aggressive since her teenage years.

However, the family later resolved their issues. And, they are now happier than ever. Katharine also enjoys a significant portion of her parents’ combined net worth of millions, which has helped her maintain a luxurious lifestyle.

36-year-old Cleo is a talented singer-musician. She started early with her music career and even took singing lessons during her childhood. She is also an accomplished model who appeared in the hair-styling show called Sexyhair. Further, she modeled for an edition of The Malibu Times in 2013.

Cleo - who stands at a height above 5 feet 5 inches (1.65m) - is also recognized for her distinct fashion sense and outfits. Her ever-changing hairstyles are considered the most attractive features.

Is Cloe Dating Someone?

While Cleo’s former affairs are a forbidden knowledge, her romance with boyfriend-turned-fiance is no secret.

Cleo’s relationship with her boyfriend named Randy Christopher Bates first came to light in October 2018 when the guy identified her as his “baby.” However, reports suggest that the two had been dating long enough before coming out publicly.

By February 2014, the pair were already engaged, as mentioned by Randy in his Instagram profile. Despite their engagement of more than five years, the couple has shown no interest in getting married and settling down.

Soon-to-be Married:- Brad Falchuk & Girlfriend Soon To Get Married, Inside Her Wedding Plans

However, it seems that Randy is the only husband-prospect for Cleo as the man has even succeeded in getting on well with his fiancee’s parents.

Cleo and Randy, along with her parents, are often are spotted together in public. Earlier in September 2018, the family of four attended the premiere of Bradley Cooper and Lady Gaga's movie A Star Is Born. Further, they were present at the 2019 Oscars, where Cleo’s father Sam Elliot was nominated in the category of Best Supporting Actor for A Star Is Born. Unfortunately, he lost to Green Books’ Mahershala Ali.

Unlike Sam’s nomination, Randy and Cleo’s romance is not a lost cause, and fans hope to see the couple getting married soon.