By LRU Writer | On: January 25, 2021
American actor Cody Christian has created a name for himself because of his part in TV series; Teen Wolf, Pretty Little Liars, and True Blood. The Portland native's personal life has always been in the news because of his alleged dating affairs and his sexuality. The 21-year old who goes shirtless at the earliest possible opportunity has been gossiped to be a gay in various quarters. 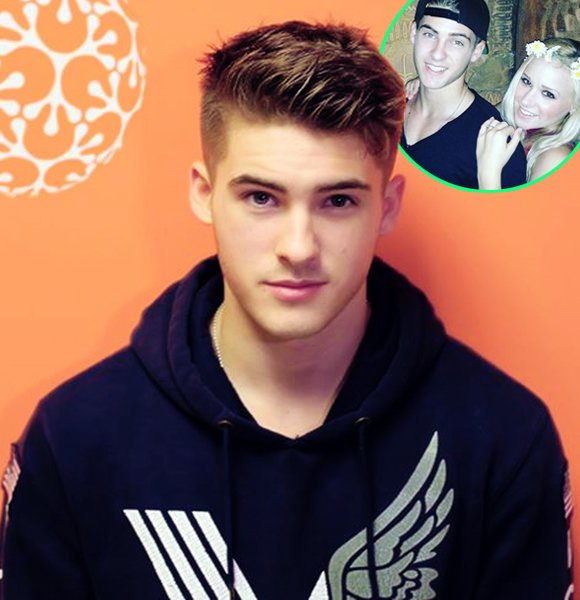 American actor Cody Christian has created a name for himself because of his part in TV series; Teen Wolf, Pretty Little Liars, and True Blood.

The Portland native's personal life has always been in the news because of his alleged dating affairs and his sexuality. The 21-year old, who goes shirtless at the earliest possible opportunity, has been gossiped to be gay in various quarters.

Blessed with six-packs abed body and good looks, Cody managed to capture his fans' attention as Theo in the MTV series Teen Wolf. The actor's personal life was much talked about and garnered a huge fan following after appearing in Teen Wolf, with female fans hugely interested in the star's love life.

The actor was dating fitness instructor Talia Maxine. The loved-up duo was spotted together at various events. What's more, Cody and Talia attended a holiday in Disneyland together in August 2015. The pair looked adorable together, and Talia even gifted a cat to Cody, a big-time cat fanatic. The couple however separated in 2016, without revealing the reason for their separation. Talia then got married to a US marine, Austin in 2018 and on the other side the True Blood alum was romantically linked with Assassination Nation co-star Bella Thorne in 2017.

Bella was filmed passionately kissing her co-star on the sets of the movie in front of the cameras on 9 March 2017. Despite kissing for the movie, the naturality of the kiss hinted at electric chemistry developing in real life between the stars.

Don't Miss:- Tyler Hoechlin is Not Gay! His List of Girlfriend and Dating Affairs Proves It

Four days later, skimpily clad Bella snapped a screenshot of her facetime talks with Cody, sparking rumors that the co-stars were close in real life too.

However, neither Cody nor Bella has commented about their relationship. With no formal confirmation about his dating life, Cody is reportedly single and enjoying his time with his family.

The Indiana native star might be enjoying some privacy after his social media was hacked and his private images and a video was leaked.

The handsome hunk with a ripped body was involved in a high profile scandal after his social media site was hacked.

The star's explicit videos from his account were leaked on 14 January 2017. His leaked videos featured in gay sections of various adult sites forcing him to carry the label of gay.

The star was so humiliated by the leaks that he was unable to get out of his house. A source close to the Pretty Little Liar actor said to Hollywood Life after the leak.

"He's absolutely mortified, embarrassed and furious over the video leak. To say he is p****d would not even begin to do justice to the level of his anger right now. But the main feeling he's experiencing is humiliation."

However, his fans stood by the star and even started the '#werespectyoucody' trend on Twitter with many fans praising the star and condemning the acts of the hacker.

The star finally broke his silence about the leaks and thanked his fans for their support during his tough times via Twitter on 31 January 2017.

Talia Maxine thanks fans after the leak of his private videos (Photo: Talia Maxine's Twitter)

The leak and gay rumors proved to be just a minor hitch, and the handsome hunk's career is again starting to catch the sails after the wraps of Teen Wolf.

After reluctantly hit by the gay rumors, he is again in the dating field. Since September 2017, he has been dating the beautiful model Alex Swift. The couple has been maintaining silence over their dating life, but they could not hide their relationship from their followers.

You May Also Like:- Does Daniel Sharman Have A Girlfriend After Dating Co-Star Crystal Reed?

Since November 2017, his fans have been updating on his secret dating life with Alex. Also, on the International Kissing on 6 July 2018, in a video tweeted by his fans, the couple were spotted sharing a romantic kiss in a party at Miami.

Though he did not share the picture with Alex on Instagram, he indeed shared his picture of the vacation in Miami. In addition to his Miami vacation, he also shared that he is joining the new office and expressed that he could not be happier.